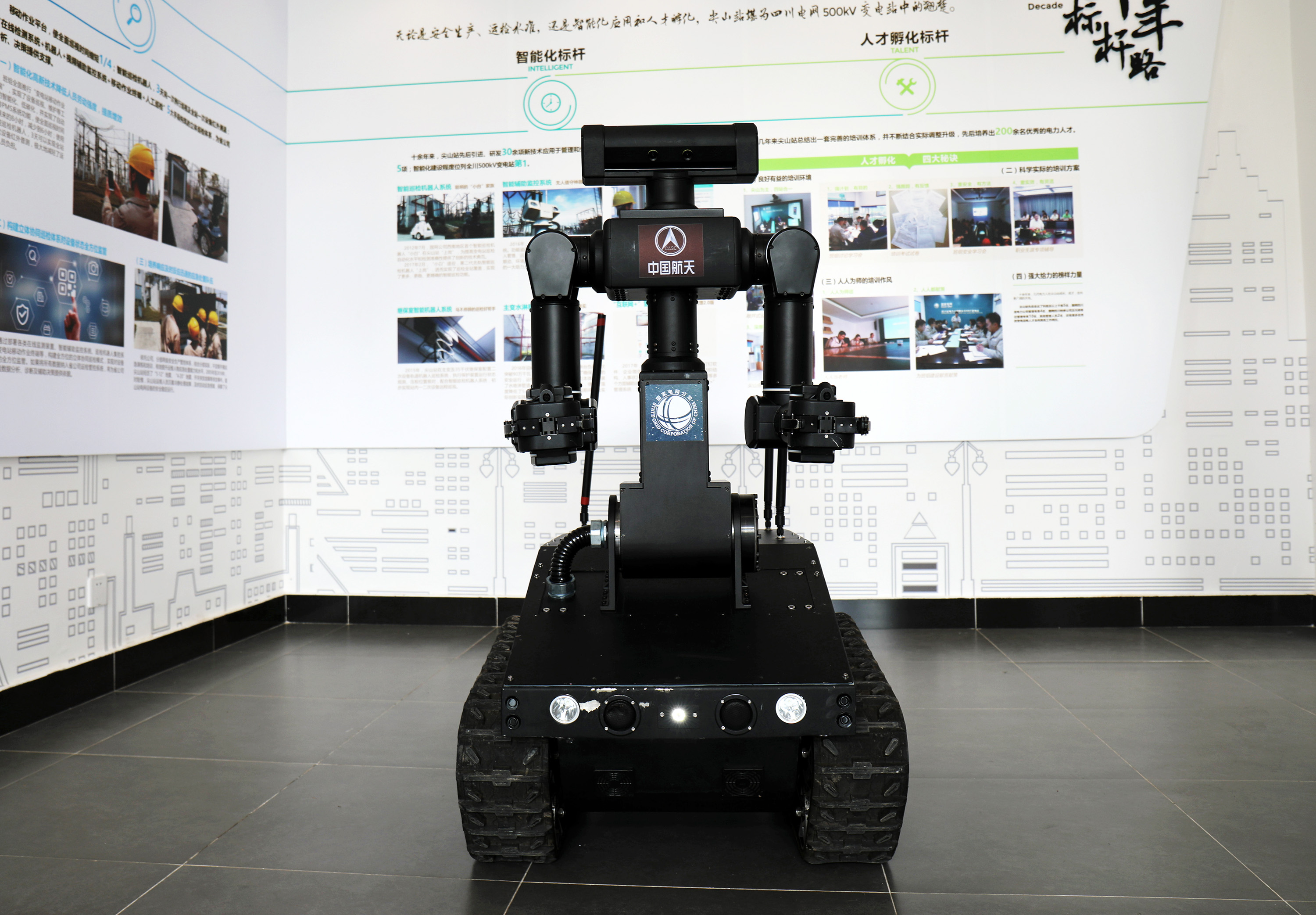 CHONGQING, July 25 (Xinhua) -- A black robot about 90 cm tall opened a power box and flicked an air switch inside, this is what happened Wednesday at an electrical substation in Chengdu, capital of southwest China's Sichuan Province.

The small robot was remotely controlled by workers in the maintenance unit of the State Grid Sichuan Electric Power Company and was used for the first time for grid maintenance. The robot's true significance however is that it is powered by technology developed for space exploration.

Sichuan is a major province in generating electricity with one of the most expansive grids in China.

Robots are often used in substations in China for maintenance, but they are usually loaded with different sensors for gathering information. However, this one can directly operate in the power boxes, said Zhang Yao, a worker with the Sichuan company.

Zhang is a team leader in his company on the project to apply the robot in their maintenance work. The robot was jointly developed by an institution under China Aerospace Science and Technology Corporation and Zhang's company.

"It used a space robot as a prototype and was adapted to specialize in grid maintenance," said Zhang, adding that it is expected to be more widely used in two years.

Zhang's company maintains 52 substations and switch stations across Sichuan, and some are in remote mountainous areas, which pose great challenges to the safety of production.

Since April, Zhang's team has started to conduct studies on the robot for wider applications, with the ultimate aim of replacing part of the human operations gradually.

"The robot is of great significance to improving maintenance capacities in remote areas and increasing productivity," said Wang Hongmei, chief engineer of the maintenance unit under the State Grid Sichuan Electric Power Company.

In the trial on Wednesday, the robot is capable of replacing over half of the manual operations.

"We still need to enhance the stability of the signal transmission, expand the functionality of the robot arms and develop artificial intelligence algorithms for it to work more independently," said Zhang.