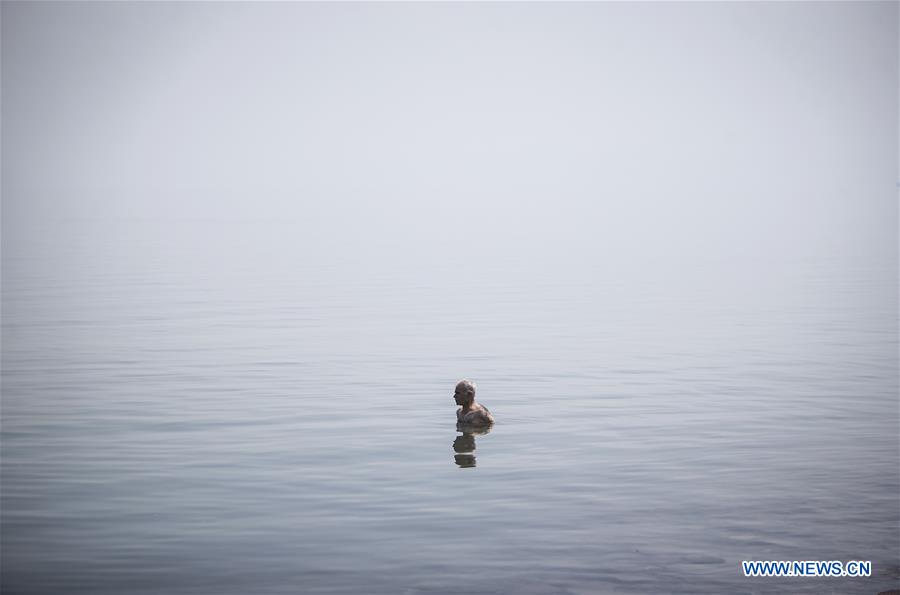 A man enjoys himself in the Urmia Lake in northwestern Iran on June 17, 2019. The expansion of water level of Iran's northwest Urmia Lake over the past months has attracted tourists both from and out of Iran. The lake, which has been on the verge of extinction over the past decades, began to expand following the two-month-long springtime showers that began pouring across the country in March. (Xinhua/Ahmad Halabisaz)