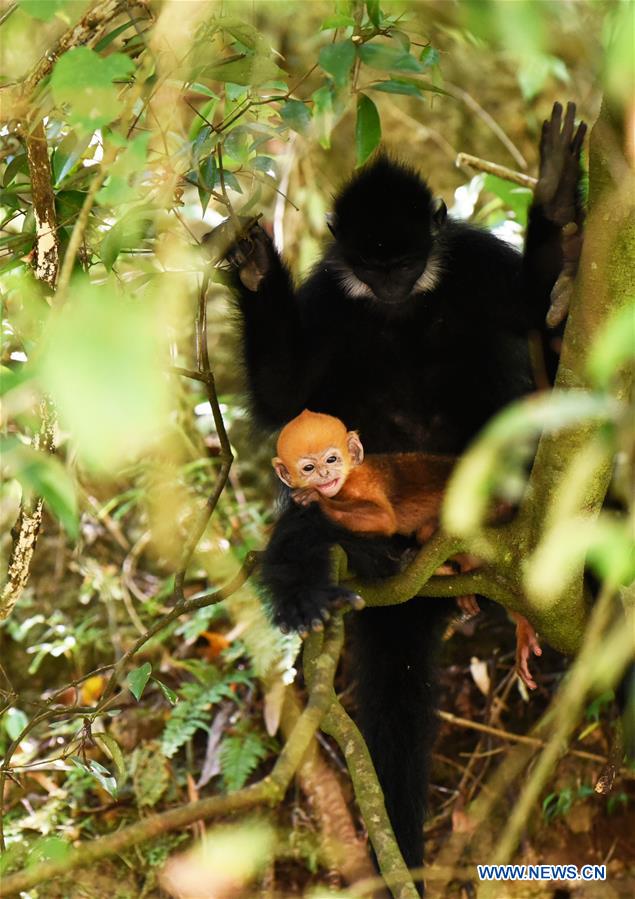 A Francois' langur is seen with its baby in the Mayanghe National Nature Reserve in Guizhou Province, southwest China, June 4, 2019. Thanks to a series of protective measures, the number of Francois' langurs in the Mayanghe National Nature Reserve has been increasing in recent years. According to latest official statistics, there are currently more than 550 Francois' langurs in the nature reserve. Also known as Francois' leaf monkeys, the species is one of China's most endangered wild animals and is under top national-level protection. It is also one of the endangered species on the International Union for Conservation of Nature red list. The species are found in China's Guangxi, Guizhou and Chongqing. (Xinhua/Yang Wenbin)