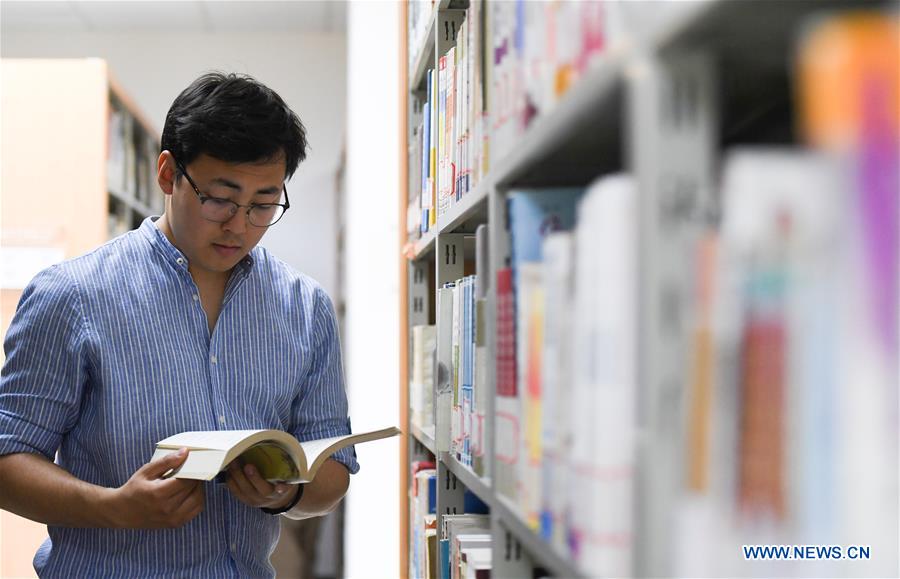 Sabur Sanzhar reads at a library of Beijing University of Chinese Medicine in Beijing, capital of China, May 14, 2019. Sabur Sanzhar, a post-graduate from Kazakhstan, is in his second year studying traditional Chinese medicine (TCM) theories at Beijing University of Chinese Medicine (BUCM). He chose this programme because he wanted to work as a TCM course instructor after graduation and promote TCM among the Kazakhs. In summer 2018, Sanzhar had an opportunity to visit the Kolsay Lakes National Park, a renowned scenic area in Kazakhstan. The tranquility of the lake surface served as a source of photographic inspiration and reminded Sanzhar of a Chinese naturalist philosophy which encourages people to live by Nature’s rules while remaining close ties with it. One of the photos taken by Sanzhar during his trip to the Kolsay Lakes National Park is displayed at the photographic exhibition "Diversity of Asian Civilizations in Youth Eyes", held on the sidelines of the Conference on Dialogue of Asian Civilizations (CDAC). In Sanzhar’s view, both the Chinese and the Kazakh cultures are peace-oriented. There exists an assortment of Asian cultures which share rich historical connections despite their varying origins. And exchanges between cultures will eventually foster common development and progress of different regions. (Xinhua/Chen Yehua)