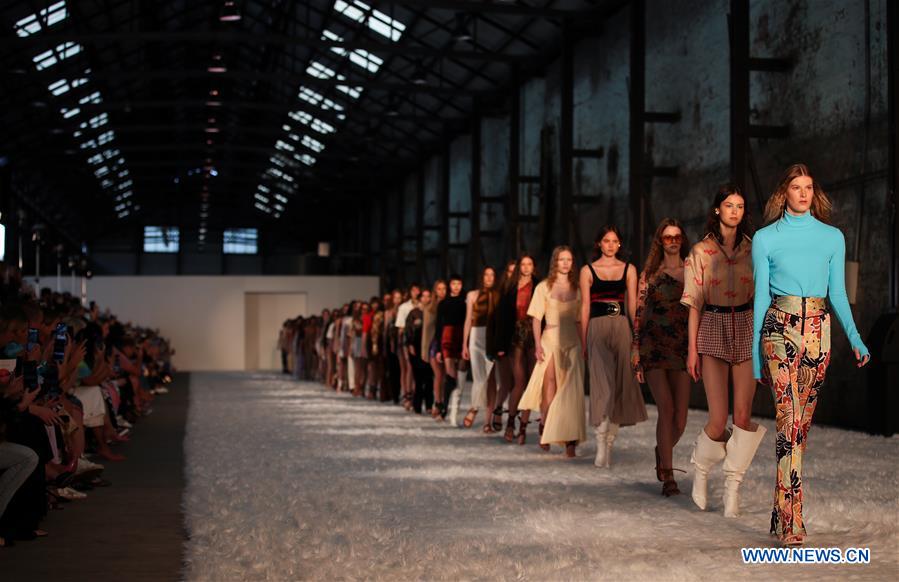 SYDNEY, May 13 (Xinhua) -- Models, designers and makeup artists have descended upon Sydney on Monday, for the first full day of action at Fashion Week Australia.

Kicking things off at an open-air runway show between the Harbor Bridge and the Sydney Opera House, local duo Edwina Forest and Adrian Norris presented their Aje label with an Australian-inspired collection called "Bloomscape."

While there the likes of Alice McCall, Bec and Bridge, Leo and Lin, and Hansen and Gretel are all on board for 2019's showcase, many of the world's big brands and major labels have pulled out.

Some of the most notable exclusions who were a staple in previous years include Camilla and Marc, Ginger and Smart, Alex Perry, Luke Sales and Anna Plunkett, Akira Isogawa, Bianca Spender, the Zimmermann sisters and Kym Ellery.

According to an anonymous former participant, "It's the expense, and we're talking tens of thousands of dollars for a big show, that's killing it."

"Unless you have someone like Mercedes-Benz sponsoring you, it is virtually impossible to get the money together for an Australian designer," the person told Fairfax Media.

Now in its 26th year, the leisurewear-focused fashion show will run on May 12-17.