XI'AN, May 7 (Xinhua) -- Yan'an, a former revolutionary base of the Communist Party of China (CPC), is no longer labeled "poor," as its last two impoverished counties have shaken off poverty, the Shaanxi provincial government announced Tuesday.

Yan'an hosted the then headquarters of the CPC and the center of the Communist revolution from 1935 to 1948. The city is now home to more than 350 sites related to the Chinese revolution.

The counties of Yanchuan and Yichuan, with a population of 192,000 and 120,000 respectively and both located along the western bank of the Yellow River, have limited fertile valley fields. Villagers there had been plagued by poverty for decades.

American journalist Edgar Snow wrote in his 1937 book "Red Star over China" that the area was "one of the poorest parts of China" he had seen.

According to the provincial poverty relief office, poverty-stricken residents in the two counties now only account for 1.06 and 0.58 percent respectively of their populations, meeting the country's requirement for an impoverished county to cast off the title.

An investment of 6.25 billion yuan (920 million U.S. dollars) from the central and local governments has been poured into Yan'an over the past four years. 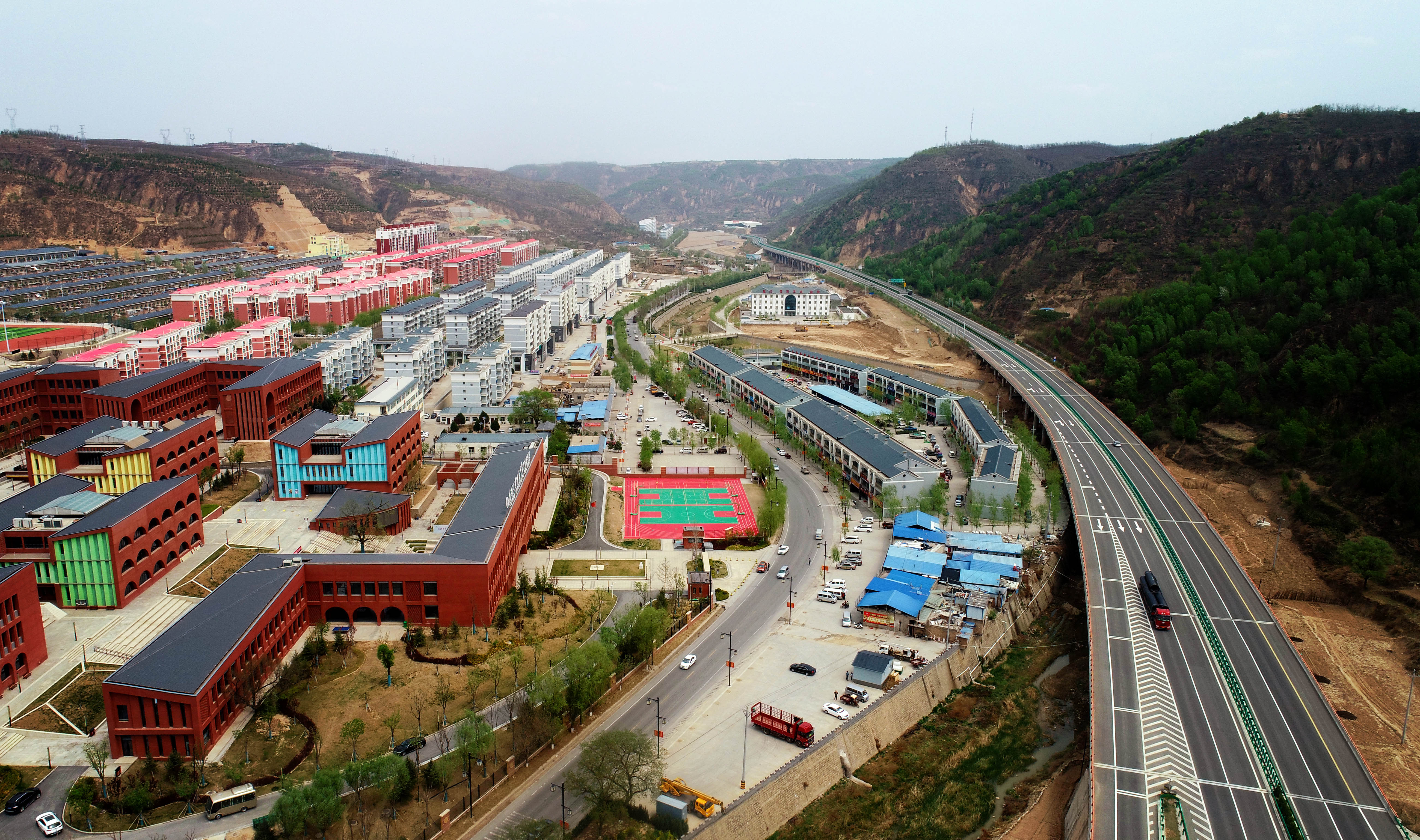 To ensure that every household could get rid of poverty, the city has sent a total of 1,784 Party chiefs, 1,546 working teams and 37,400 cadres to live in the villages to help with poverty alleviation.

A total of 693 impoverished villages in the city have shaken off poverty, with 195,000 people being lifted out of poverty.

The cradle of the revolution has continued to undergo tremendous changes over the past decades. Improved environment and infrastructure, booming agricultural economy, increasingly affordable education and healthcare, and multiple career choices for rural residents have rejuvenated the city. 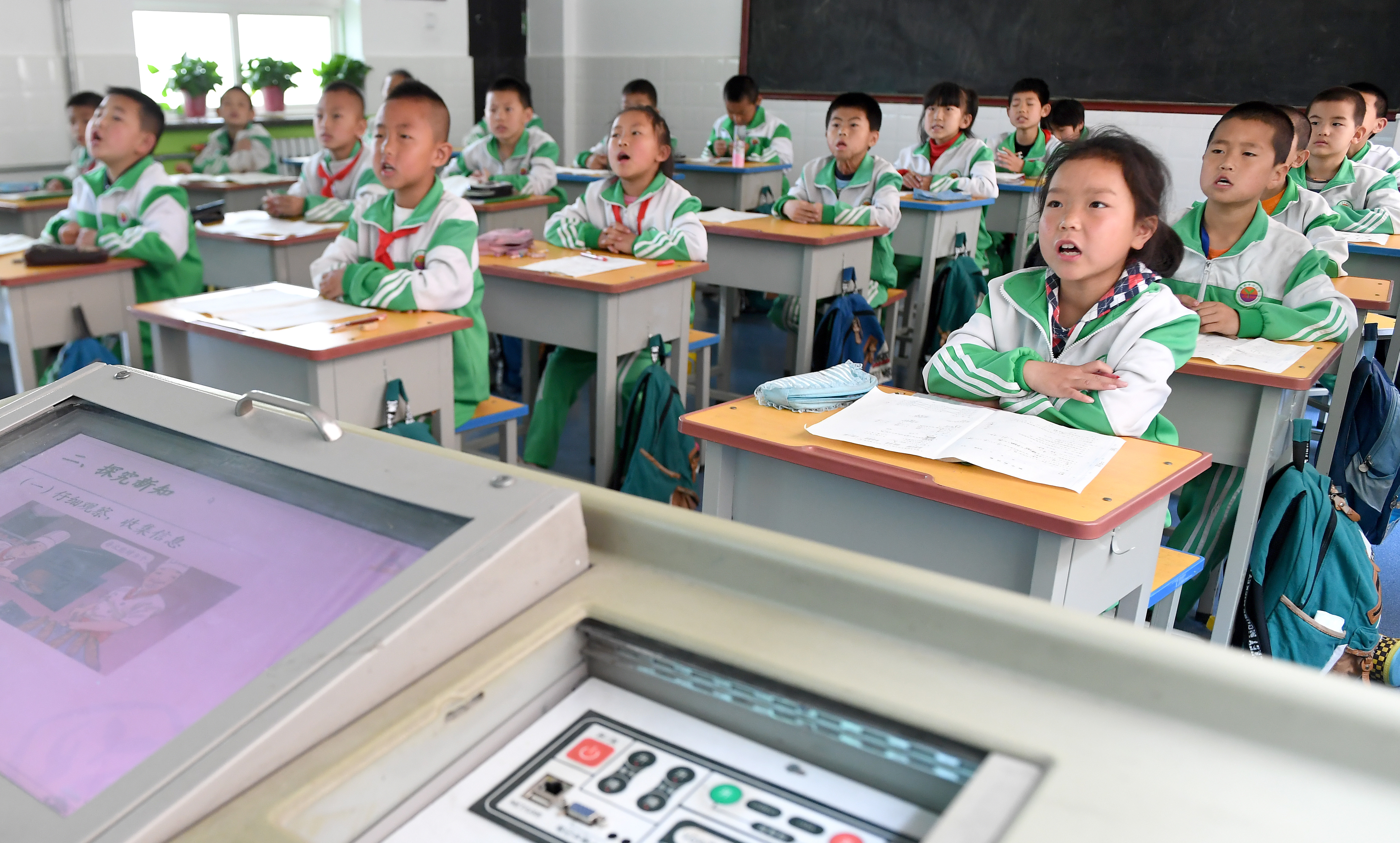 Located in the hinterland of the Loess Plateau, where 258 million tonnes of mud and sand were once washed into the Yellow River each year, Yan'an used to be vulnerable to drought and floods.

The adverse natural environment and poor industrial foundation has not only affected the city but also instilled in the locals the importance of environmental protection while struggling with poverty.

About 40 km south to the city center of Yan'an, Nanniwan Township is famous for a large-scale production campaign mobilized by late Chinese leader Mao Zedong in the 1940s, urging a revolutionary spirit to reclaim farmland from the uncultivated land to become self-reliant on the grain supply.

Hou Xiuzhen, 73, has witnessed the great change of the town over the past half-century.

As the daughter-in-law of a veteran of the brigade of Chinese Eighth Route Army which led the campaign at that time, Hou and her husband continued to do farm work in the fields cultivated by the brigade after the founding of the People's Republic of China in 1949.

"In the 1950s, the hills were covered by farmland instead of trees. But we barely had much grain yield due to the barren soil and arid climate," Hou said.

With government subsidies, Hou led her villagers to plant trees in the surrounding hills in 1999. Thanks to two decades of reforestation, Nanniwan now has a new look, with all the surrounding mountains covered with green trees in late spring. 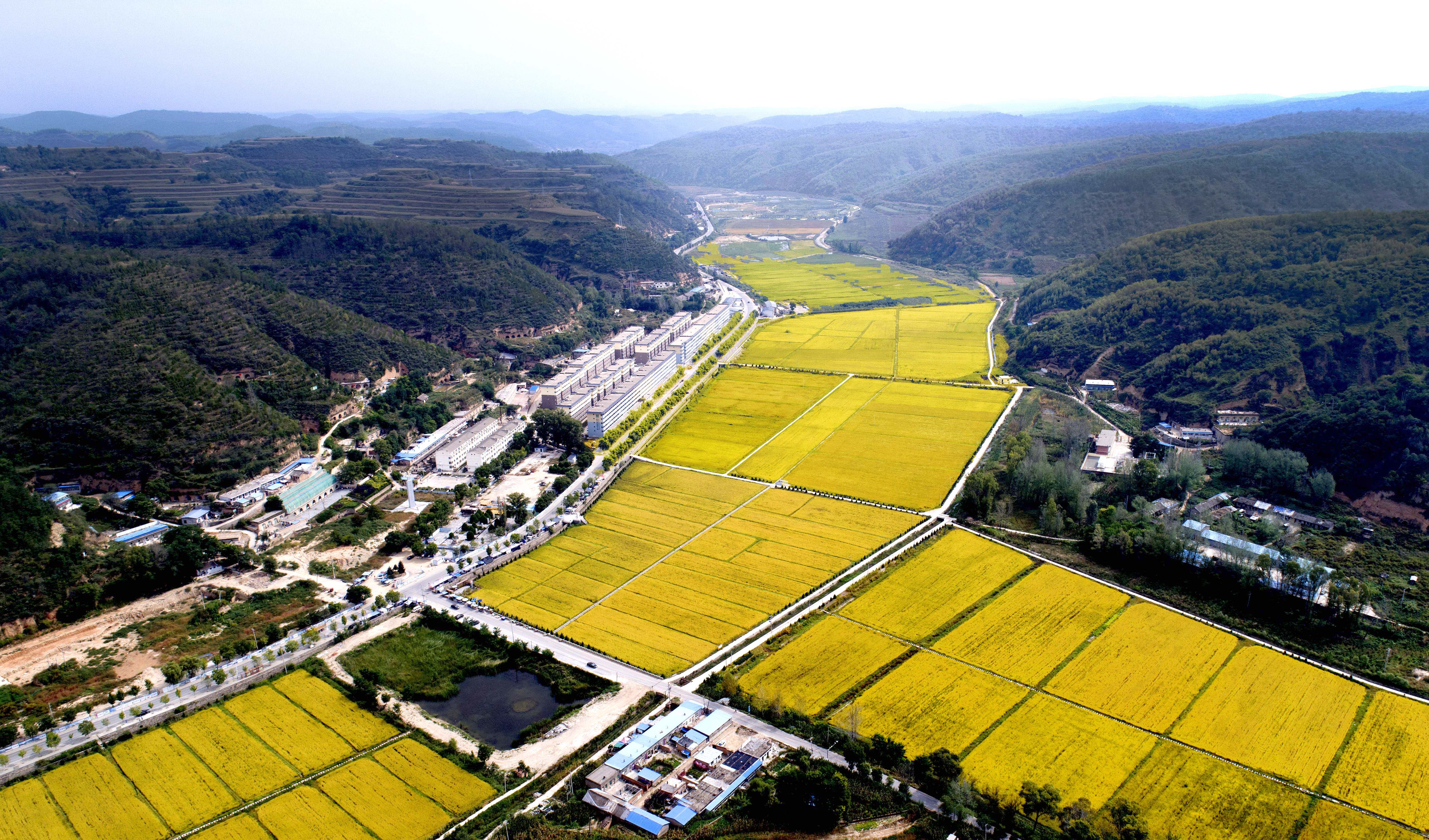 "Last year, we successfully planted over 26 hectares of lotus, which attracted plenty of tourists. I had never heard that lotus could grow on the loess plateau. So you know how the environment has changed here," Hou said.

Growing grains failed to help farmers in Yan'an cast off poverty, but planting trees made it.

The vegetation coverage of Yan'an has increased from 46 percent in 2000 to the current 81.3 percent.

Mashuping, a cliff village on the Yellow River bank, was one of the poorest villages in Yichuan County, where most of its population are living in the mountainous areas.

Until the completion of a road, Fu Changhong from a registered poor household in Mashuping had never been to the renowned Hukou Waterfall on the Yellow River, only 30 km away from his village.

The road Fu mentioned is a newly-built highway along the Yellow River, which opened to traffic in 2017. 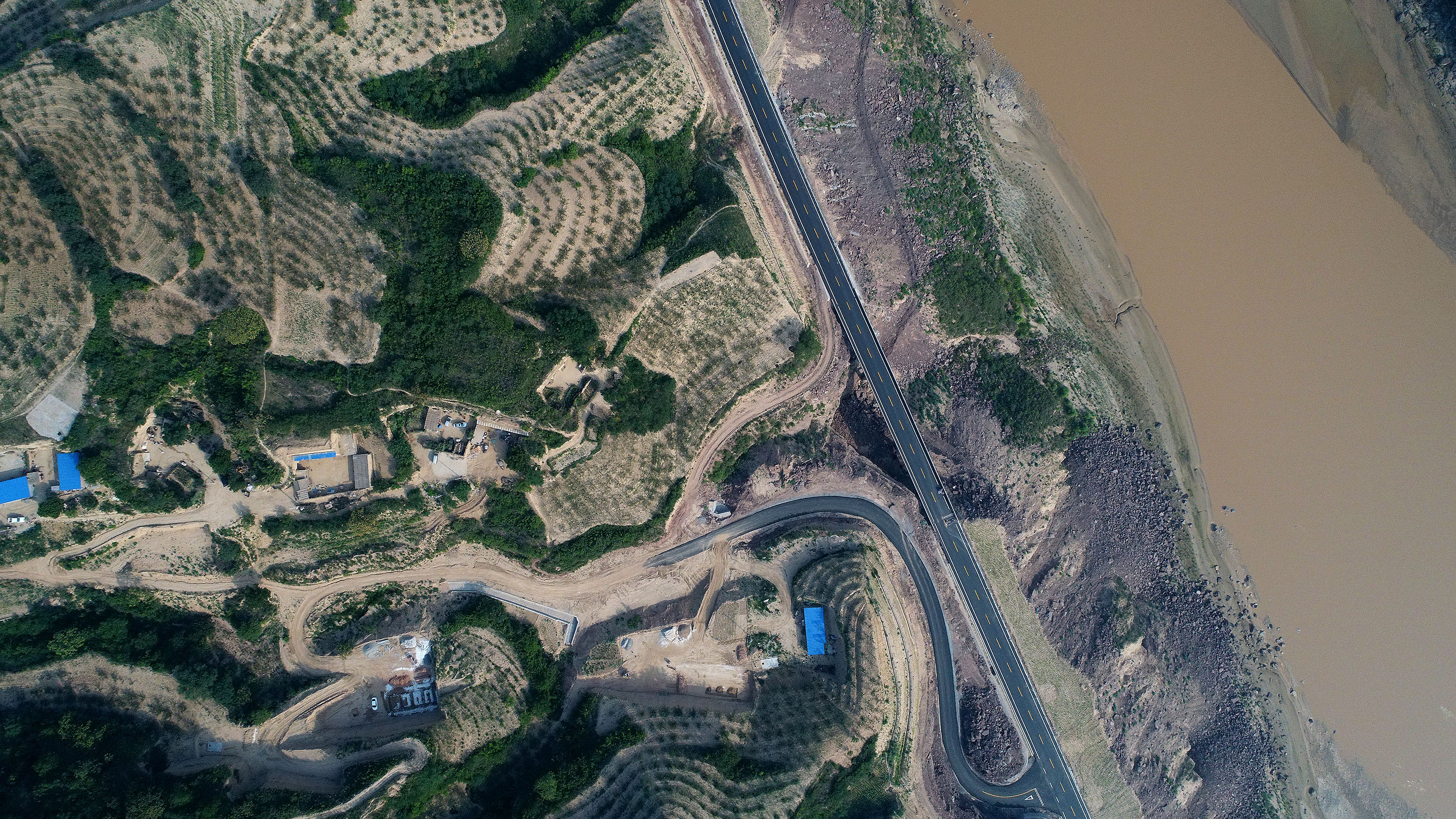 The north-south highway, stretching 828.5 km along the west bank of the Yellow River, has contributed to the poverty alleviation of the three once poorest counties of Yan'an, including Yichuan and Yanchuan.

"In the past, we had no ways to go out of the village but a narrow meandering footpath," Fu said. "I used to look at the Yellow River and thought how nice if it were a road."

About 20 years ago, local villagers started to grow Sichuan pepper trees, seeds of which are a popular seasoning found in Sichuan cuisine. But they had to sell the farm produce at very low prices to dealers who came by motorbikes.

"With the highway, we can sell peppers to factories directly at much better prices," said Fu.

Wang Ruixin, Party chief of Liuwantou Village which administers Mashuping, said the annual per capita income of the village was 10,300 yuan last year, much higher than the national poverty line of around 3,000 yuan.

The highway also means a new possibility to the local apple growers, as they can sell apples to the overseas market via e-commerce. 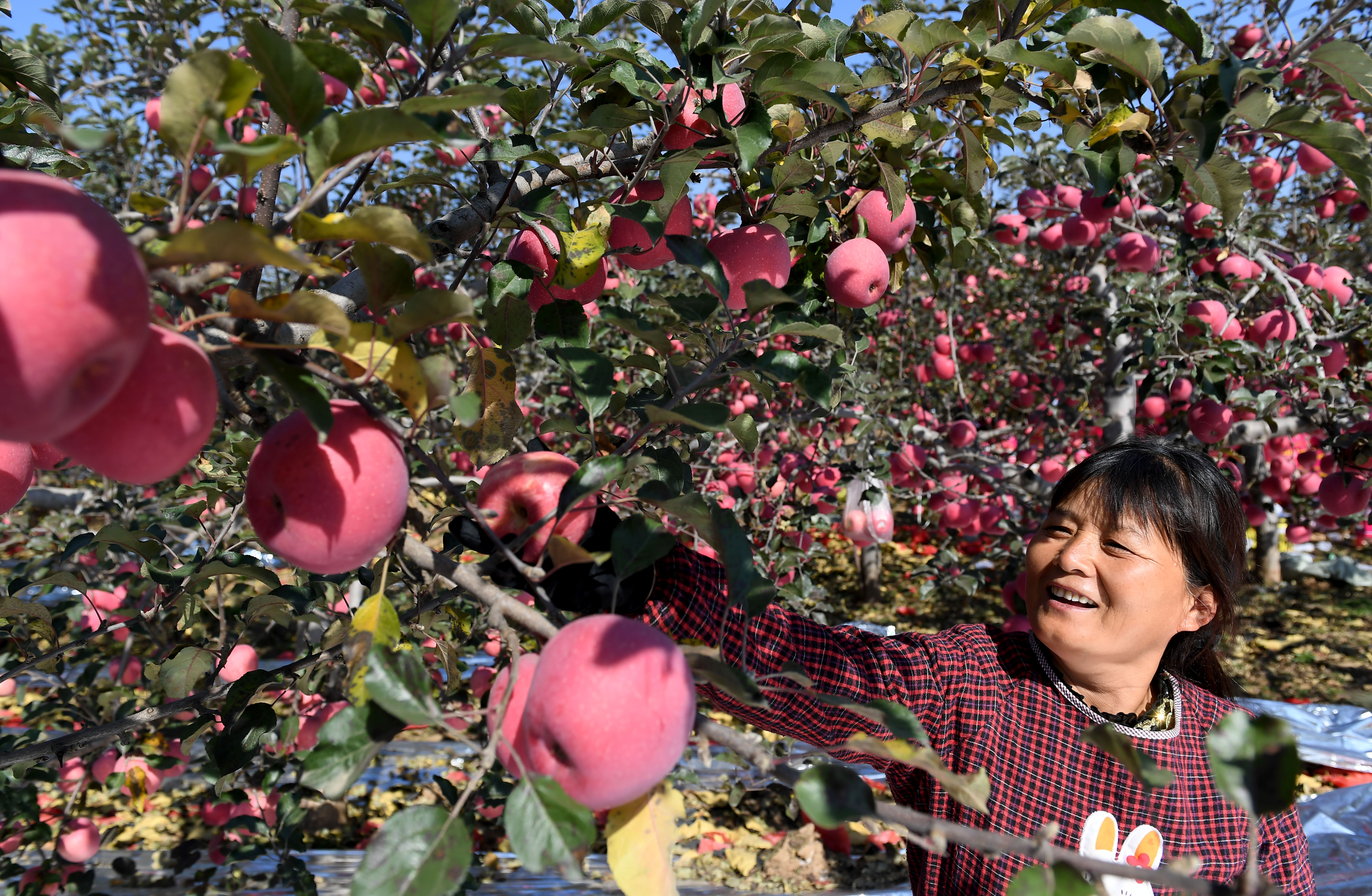 Feng Tianxing, 56, from Chunqu Village of Yichuan, said the county government has sent cadres to help them sell apples in online shops.

Apple planting has played a significant part in improving local farmers' income. In 2018, the revenue from apples accounted for a half of the city's rural residents' per capita disposable income.

Feng made over 20,000 yuan last year simply by growing apples. "Apples have been sold out when they were still green hanging on the trees," said Feng.

As the deadline to eradicate absolute poverty approaches, China redoubles its efforts to focus on the nation's poorest people in rural areas with precise and targeted measures.

To train impoverished people and offer them appropriate jobs is one of such measures Yan'an has come up with.

Though the nearest sea is more than 1,000 km away, Yan'an is proud of its sailor education. Nearly 2,000 sailors have graduated from Yan'an Vocational and Technical College over the past decade. 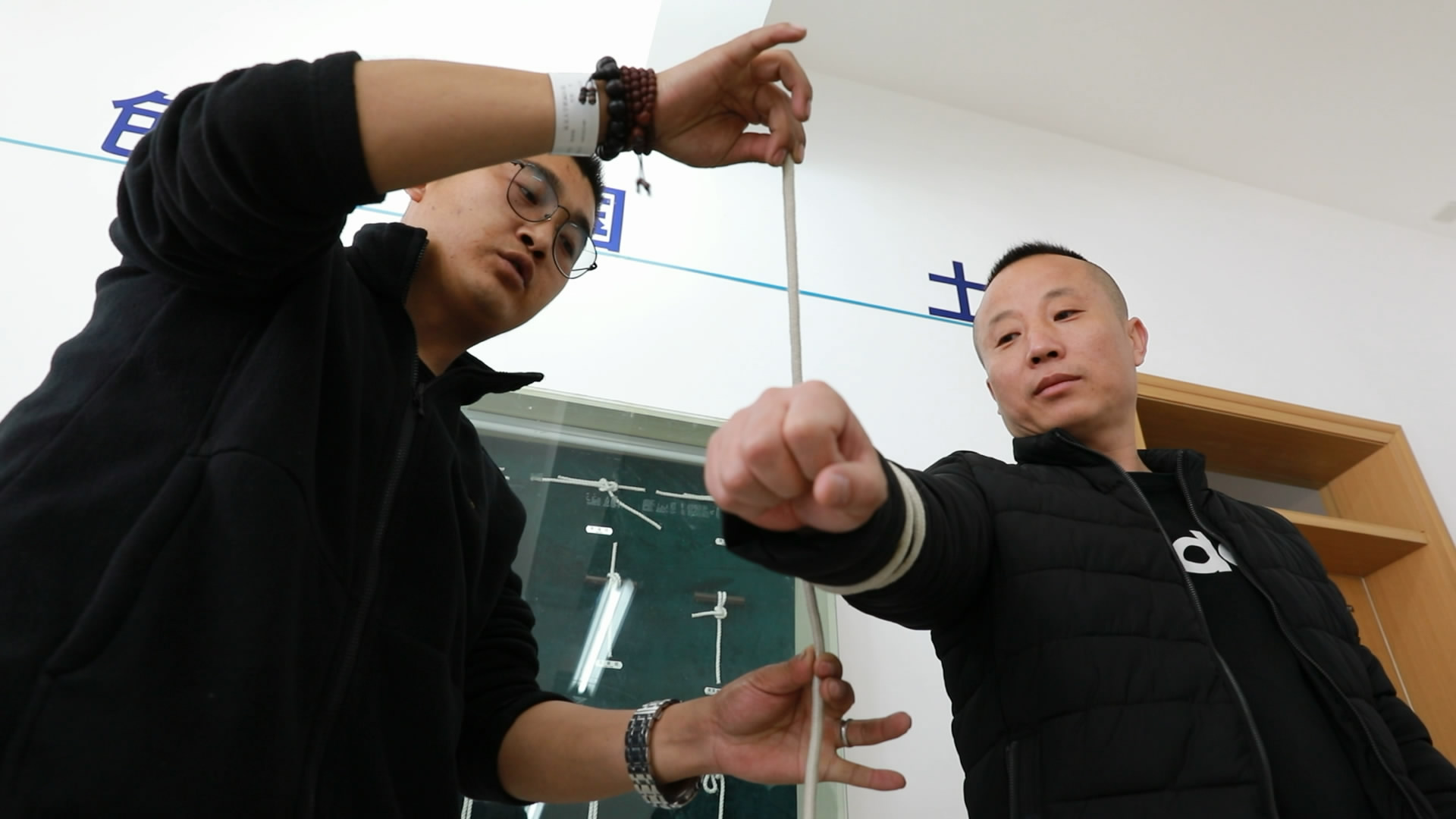 Poorly educated, Yang Yufan saw no future, until he was enrolled in a four-month vocational training course as a sailor at the college.

After graduation, he got a job on a general cargo ship in Southeast Asia.

Now, his monthly salary is 1,200 U.S. dollars. He paid off the debt for his parents and built a two-story house in his hometown.

"Sailors trained in the college are very popular by employers for they carry the Yan'an spirit characterized by arduous struggling," said Yang Yancun, department head of shipping engineering of the college.

The city government has also cut tuition fees to encourage more people from poor households to participate in various vocational training, according to Yang.

Yan'an will continue to help the remaining impoverished people shake off poverty, and strive to enter a moderately prosperous society in all respects with the rest of the country by 2020, said Xu Xinrong, Party chief of the city. Enditem