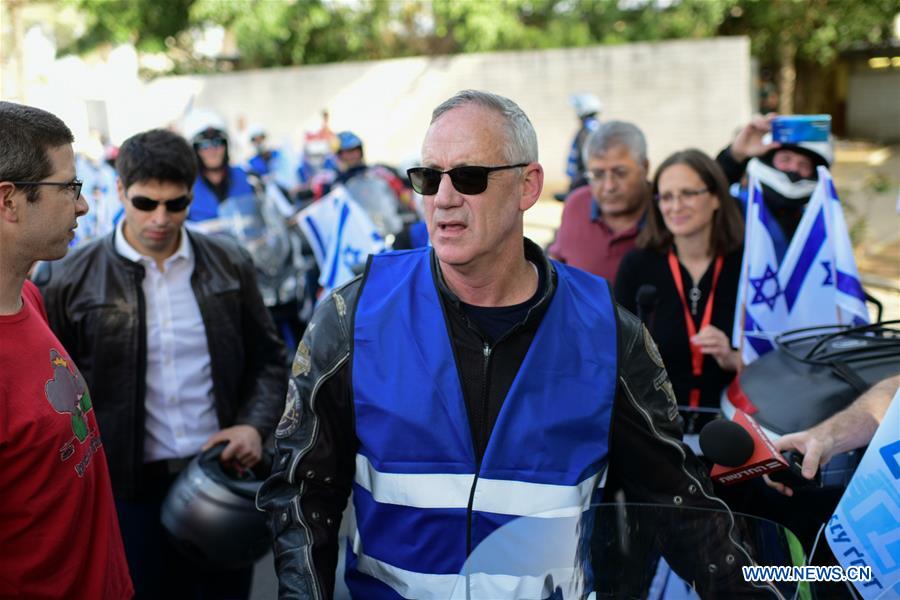 Benny Gantz (C, Front), one of the leaders of the Blue and White political alliance, stands by a motorcycle in an election campaign in Tel Aviv, Israel, on April 7, 2019. Benny Gantz, ex-chief of the Israeli forces, burst into politics about four months ago and has since quickly emerged as Prime Minister Benjamin Netanyahu's toughest challenger in the looming elections. (Xinhua/JINI/Tomer Neuberg)