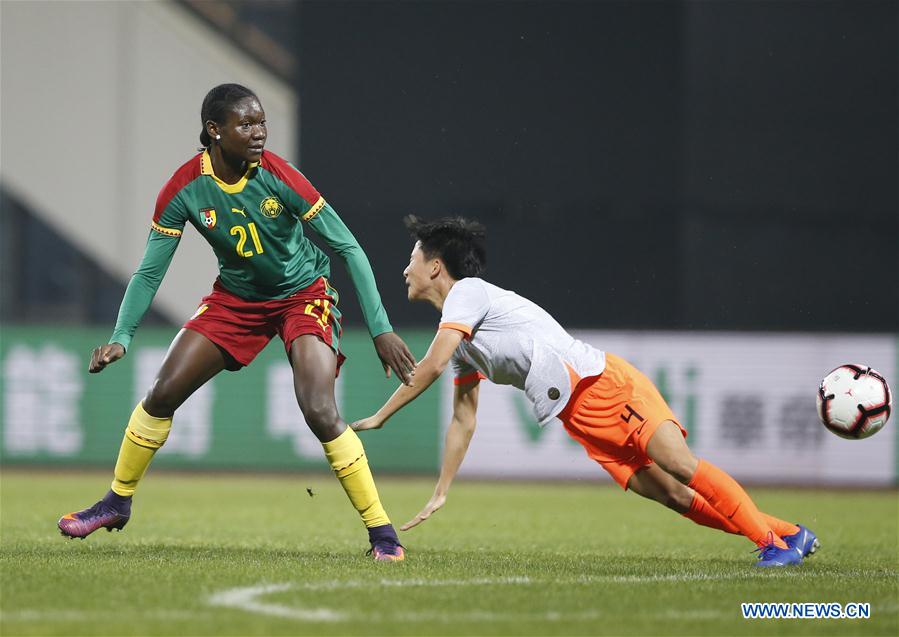 En route to the final, China eliminated Russia 4-1 while Cameroon knocked out Croatia 2-1.

In the final, star player Wang Shuang returned to the starting eleven to partner Wang Shanshan and Gu Yasha on the front line.

Cameroon had their first test just seconds into the game as Ajara Nchout Njoya unleashed a missile out of the box, only to be parred away by Chinese goalkeeper Bi Xiaolin.

China became dangerous on set pieces as Wang Shuang lobbed a free kick into the box and Wang Shanshan nodded for Gu who failed to get on it.

China broke the deadlock in the 40th minute as Gu burst down the left and floated in a cross for Wang Shanshan to hit a volley in a close range.

Substitute Li Ying should have made it double after the break but her header from Wang Shuang's free kick hit the post.

Cameroon almost found the equalizer in the 84th minute when Alexandra Takounda Engolo slammed her angled shot against the post.

Earlier, Russia took the third place after a 3-0 victory over Croatia.