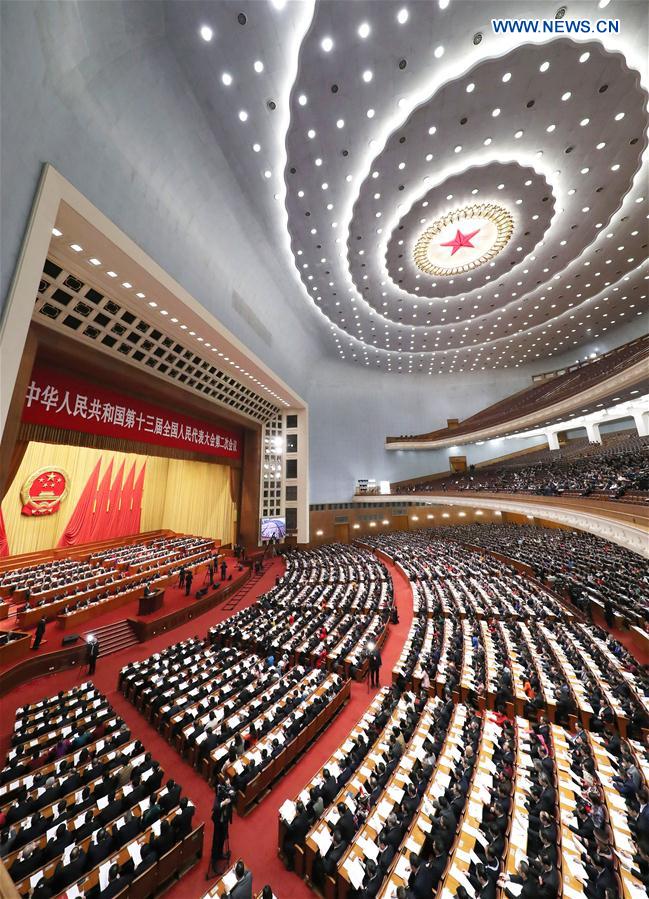 The second plenary meeting of the second session of the 13th National People's Congress (NPC) is held at the Great Hall of the People in Beijing, capital of China, March 8, 2019. (Xinhua/Ding Lin)

Xi Jinping and other Chinese leaders attended the plenary meeting at the Great Hall of the People.

National legislators will hear a work report of the 13th NPC Standing Committee and an explanation on the draft foreign investment law during the meeting.