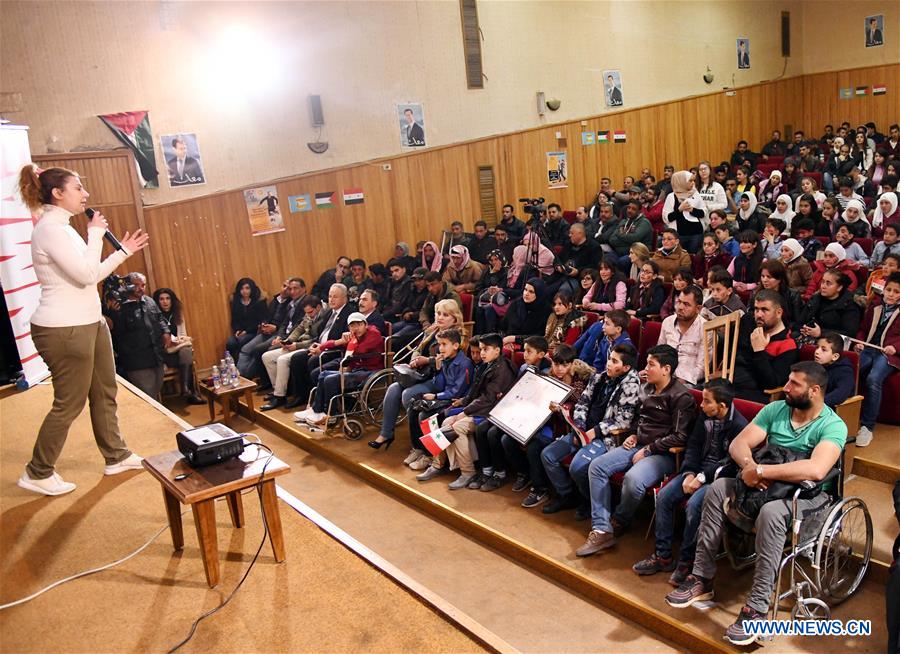 Young Syrians attend an awareness session about the danger of the conflict leftovers such as land mines in Damascus, capital of Syria, on March 7, 2019. The campaign was held as reports started emerging recently about the deaths and injuries caused by the leftovers of the rebels in areas that had been out of the government's control during the conflict. At least seven civilians were killed and 14 others wounded on Tuesday by a land mine explosion, which is from the leftovers of the rebels, in Syria's northern Aleppo province, state news agency SANA reported. (Xinhua/Ammar Safarjalani)