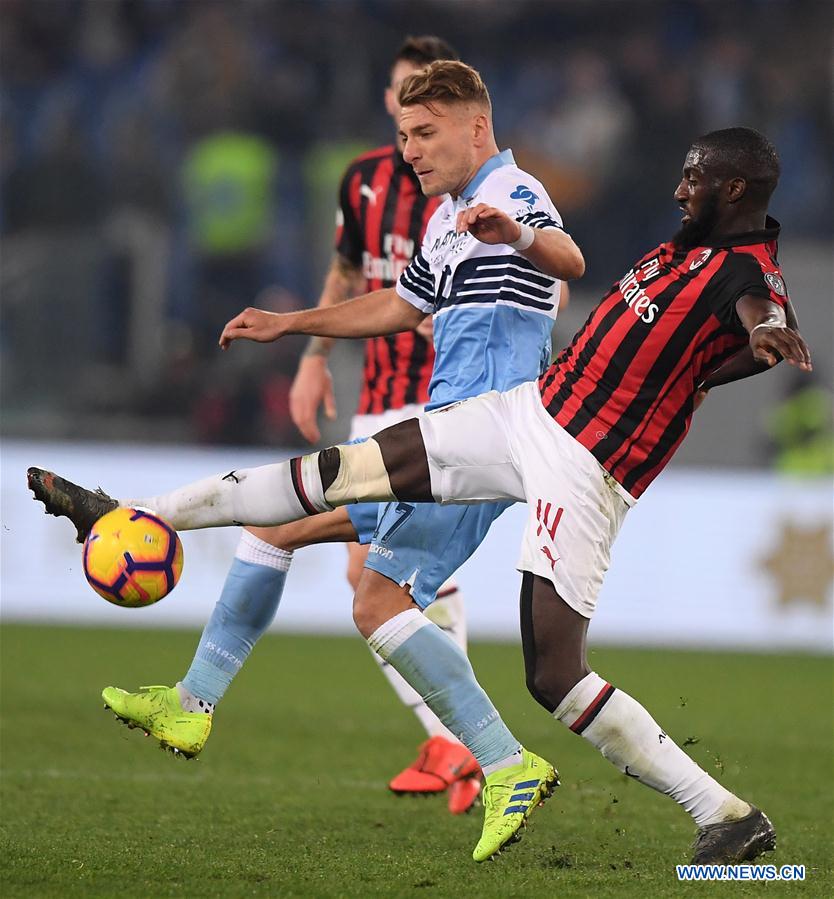 ROME, Feb. 26 (Xinhua) -- Lazio and Milan drew 0-0 in the first leg of their Italy Cup semifinal at Rome's Olimpico Stadium on Tuesday.

A total of 30,000 fans turned out, 5,000 of whom traveled from Milan to support their team, according to RAI public television.

"Three whistles and no goals at the Olimpico: we'll see you in two months for the return," Lazio tweeted.

"The Olimpico draw leaves it all to be played for in the second leg," tweeted AC Milan.

The return match is set for April 24, while Fiorentina face Atalanta at home in the first leg of the other semifinal on Wednesday.