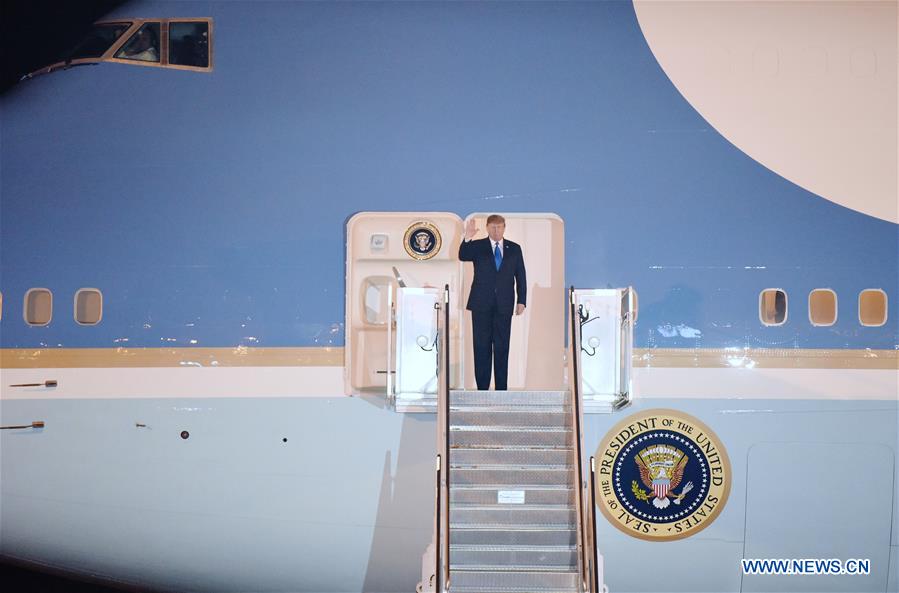 After disembarking from Air Force One, Trump shook hands and talked with officials who were at the airport to greet him, before heading for his hotel.

Trump and Kim are expected to meet first on Wednesday night and have dinner together, then hold discussion on Thursday joined by their respective delegates.

Issues such as a roadmap for denuclearization, the easing of sanctions against the DPRK and whether to issue a war-ending declaration are expected to be high on the agenda.

The first DPRK-U.S. summit, held in June 2018 in Singapore, resulted in improved bilateral ties. In a joint statement signed after their meeting, Trump pledged to provide security guarantees to the DPRK while Kim reaffirmed his firm and unwavering commitment to a complete denuclearization of the Korean Peninsula.

During his stay, Trump will also meet with Vietnamese President Nguyen Phu Trong and Prime Minister Nguyen Xuan Phuc on Wednesday, according to the Vietnamese Ministry of Foreign Affairs.