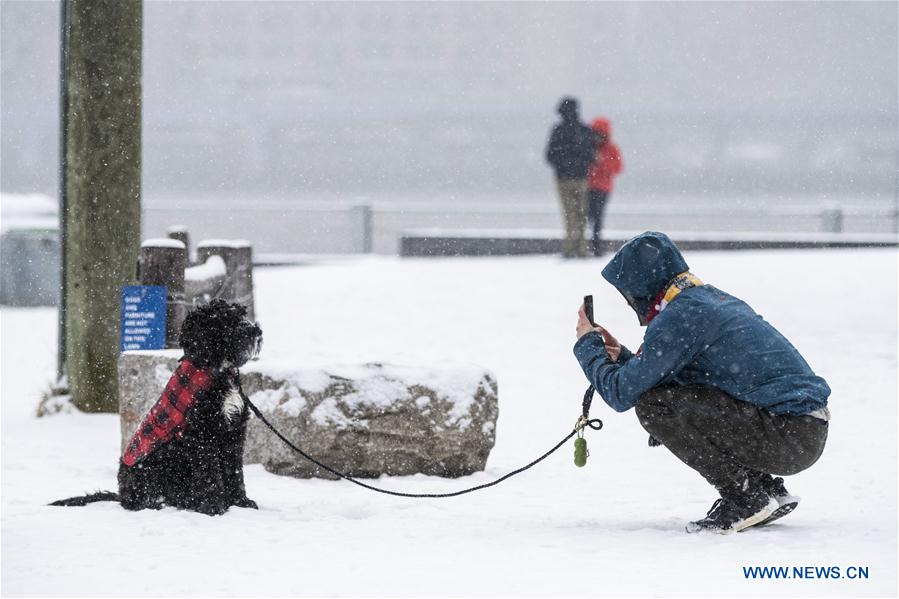 A man takes photos of his dog in snow near the Brooklyn Bridge in New York, the United States, Feb. 20, 2019. More than 1,000 flights were canceled in airports across the United States Wednesday as a snow storm hit the U.S. East Coast, including major cities of New York, Philadelphia and Washington D.C. (Xinhua/Wang Ying)