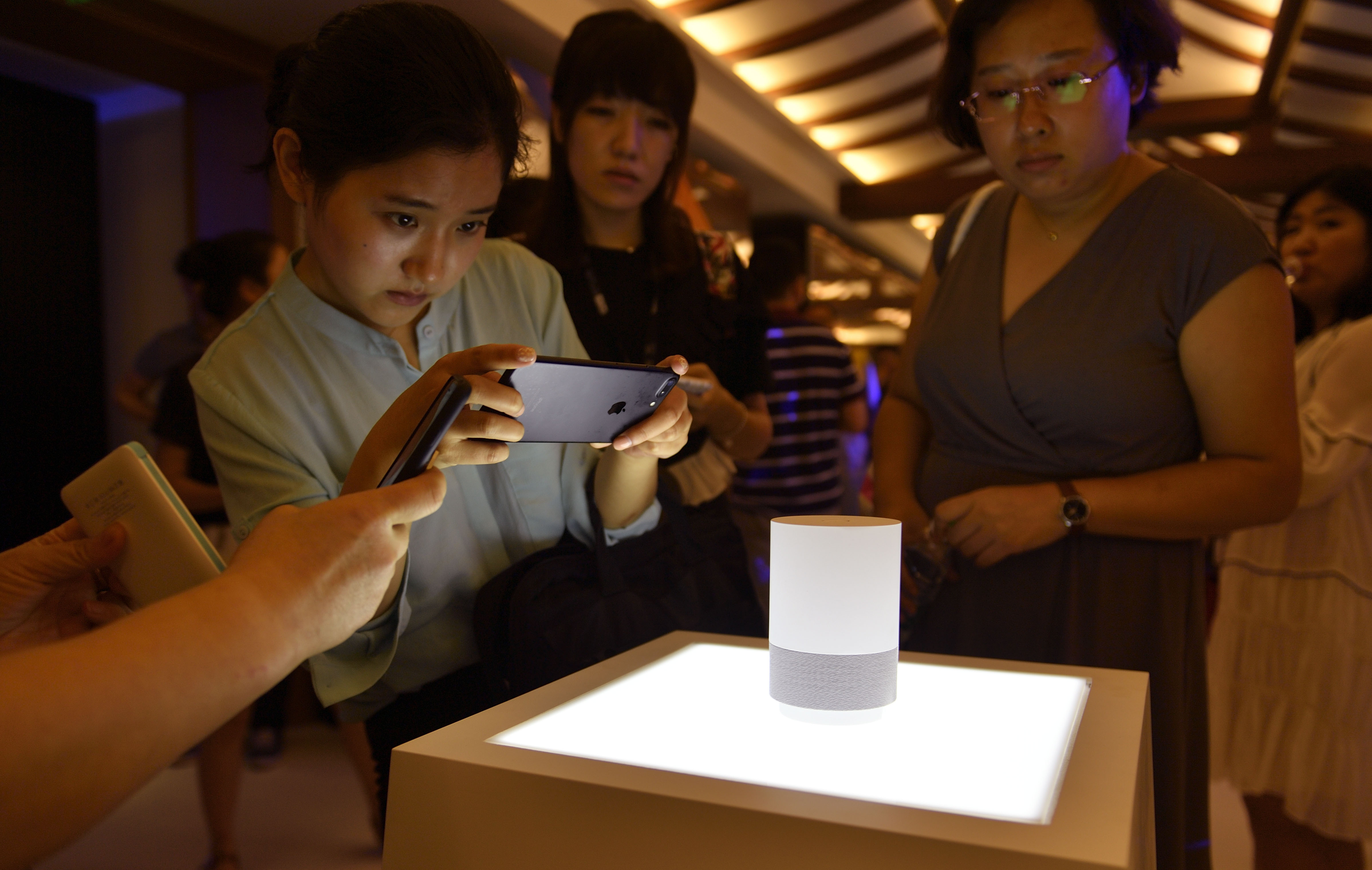 People take photo of Alibaba's smart speaker, the Tmall Genie, when it is unveiled in Beijing, July 5, 2017. (Xinhua)

BEIJING, Feb. 19 (Xinhua) -- Alibaba emerged as the leader in China's smart speaker market with 2.7 million units shipped in the fourth quarter of 2018, accounting for 31 percent of the market.

Xiaomi and Baidu both shipped around 2.5 million units to place second and third, retaining their positions from the previous quarter, according to data from global technology market analyst firm Canalys.

Nearly 40 percent of the year's shipments were in Q4 as vendors took an offensive stance, aimed at maximizing sales during both the Singles' Day and Double 12 sales events, Canalys said in a press release.

Canalys estimated that more than 70 percent of Alibaba's shipments were fulfilled during the three-week Singles' Day promotion period.

Canalys forecasts that the smart speaker market in China will grow 35 percent, with shipments expected to reach 29.6 million in 2019. Last year, the market stood at 21.9 million. Enditem