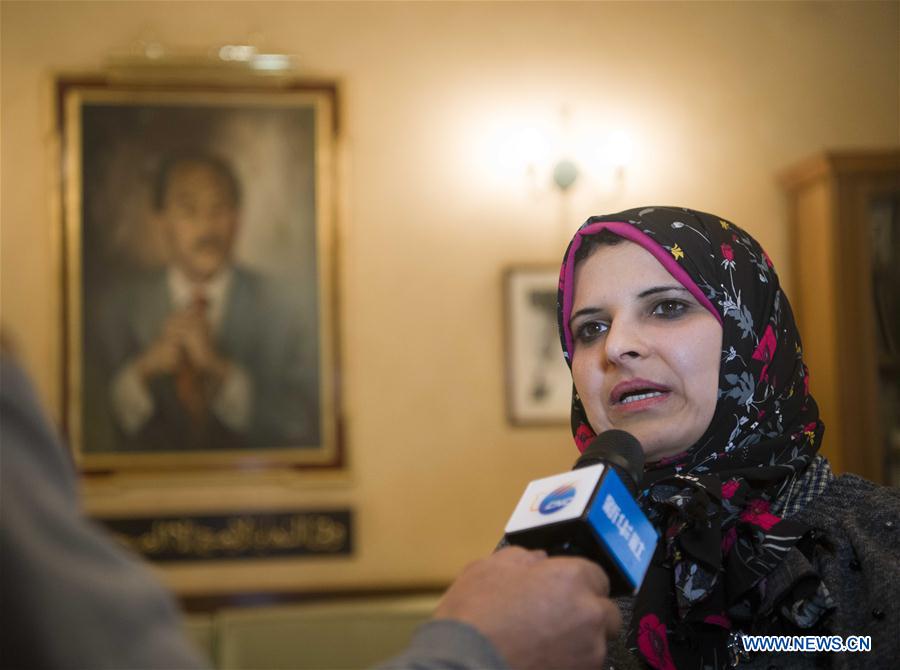 Attiya Atef, manager of Sadat Museum, speaks during an interview at the museum in Mit Abu al-Kum, Monufia, Egypt, Dec. 25, 2018. Egypt commemorated on Tuesday the 100th birthday of late President Anwar al-Sadat, always known for his contributions to the peace progress in the Middle East. In his birthplace, Mit Abu al-Kum, some 75 km far from the capital, people gathered around his house which had been turned into a museum to commemorate the birth date of their leader. (Xinhua/Wu Huiwo)