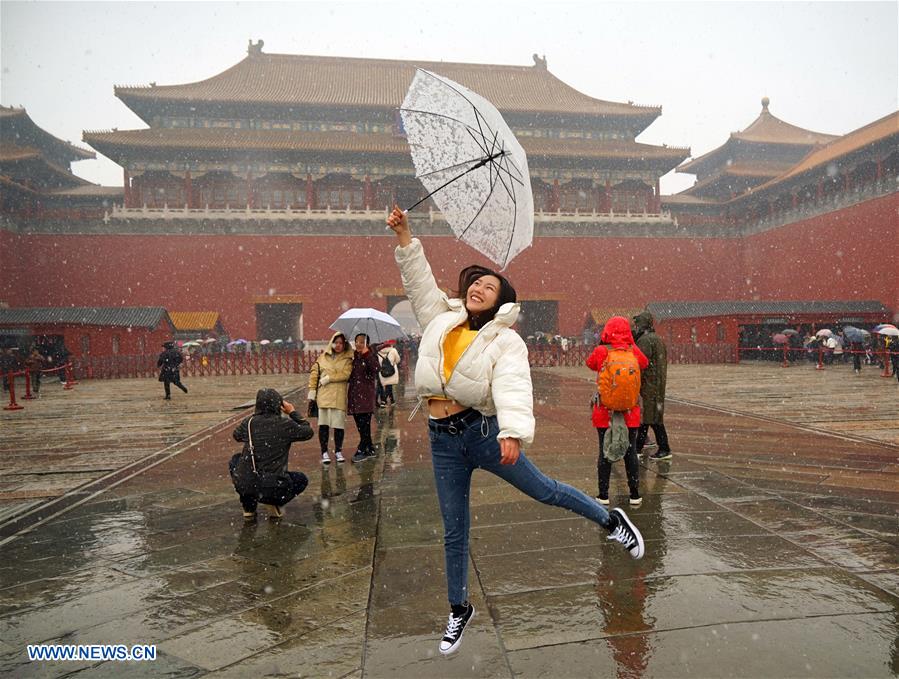 A tourist poses for photos in snow at the Palace Museum in Beijing, capital of China, March 17, 2018. The Palace Museum, or the former imperial palace in downtown Beijing, will open 85 percent of its areas to the public, compared with the current 80 percent, the China Daily reported Friday. Most of the areas inside the museum, also known as the Forbidden City, will no longer be off-limits for the public, the newspaper quoted Shan Jixiang, the museum's curator, as saying. The biggest of its kind in the world, the Forbidden City is gradually opening more of its coverage of 720,000 square meters to visitors in recent years. Only 30 percent of its areas were accessible by the public in 2012. Some rooms that had not been opened for decades were used as "lockers" that were strewn with items ranging from construction materials to daily necessities from imperial times, said the report. In recent years, many of these rooms have been renovated and transformed into exhibition halls. To ease the crowds at the museum, a cap on visitor numbers was set in June 2015, allowing 80,000 people a day to enter it. Visitors were also encouraged to buy tickets in advance online. (Xinhua/Cai Yang)