In pics: Dalad PV Power Base in Kubuqi Desert in Inner Mongolia 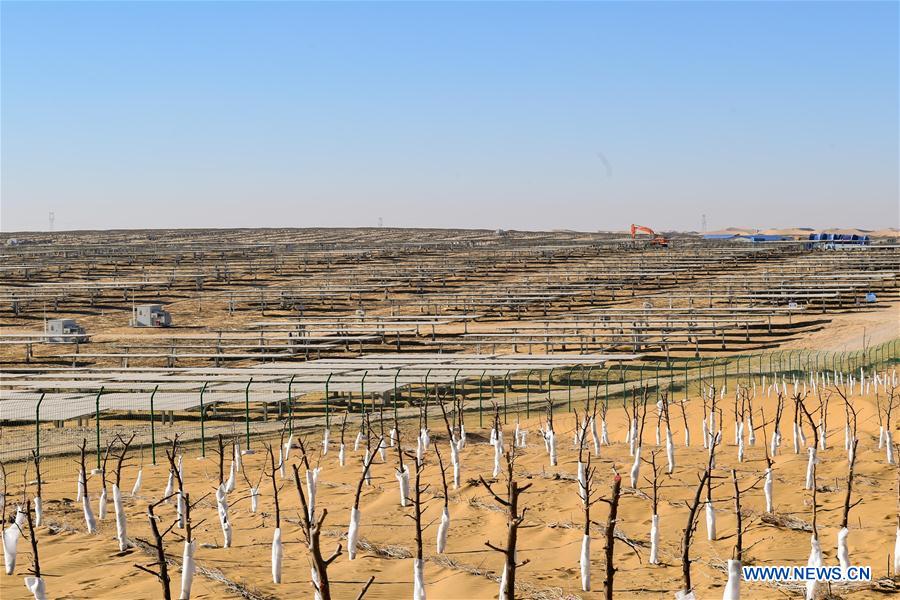 Photo taken on Dec. 13, 2018 shows the Dalad Photovoltaic Power Base in the Kubuqi Desert in north China's Inner Mongolia Autonomous Region. The first project of the large-scale PV power station in the Kubuqi Desert in Inner Mongolia has recently joined the national power grid, which is expected to reduce 800,000 tonnes of carbon emissions every year. The Dalad PV Power Base was approved by the National Energy Administration in November 2017. Construction of the base has been divided into three projects. Located in Dalad Banner, the annual power generation of the base is estimated to reach 4 billion KWH after completion, and the output value is expected to exceed 1.5 billion yuan (217 million U.S. dollars). The first 500 megawatts PV project can generate over 800 million KWH per year, which is able to power a medium-sized city, and can reduce 300,000 tonnes of coal, said Zhang Zhiguo, an official who has participated in the construction of the base. (Xinhua/Peng Yuan)