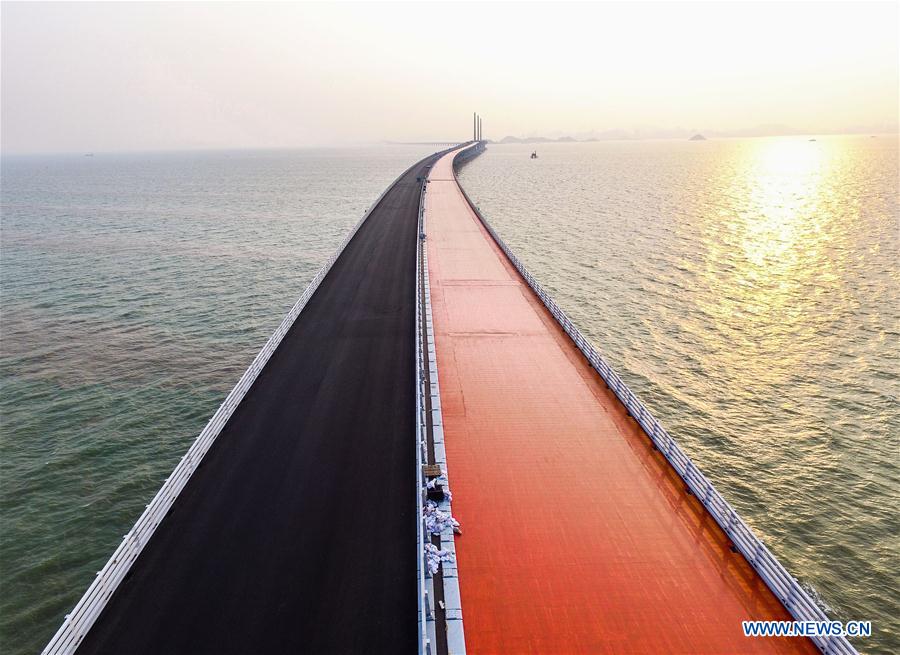 Photo taken on April 29, 2017 shows the bridge floor of the Hong Kong-Zhuhai-Macao Bridge under construction in the Lingdingyang waters, south China. The Hong Kong-Zhuhai-Macao Bridge is to be officially open to traffic at 9 a.m. on Oct. 24. The 55-kilometer-long bridge, situated in the Lingdingyang waters of the Pearl River Estuary, will be the world's longest sea bridge. The construction began on Dec. 15, 2009. It will slash the travel time between Hong Kong and Zhuhai from three hours to just 30 minutes, further integrating the cities in the Pearl River Delta. (Xinhua/Liu Dawei)