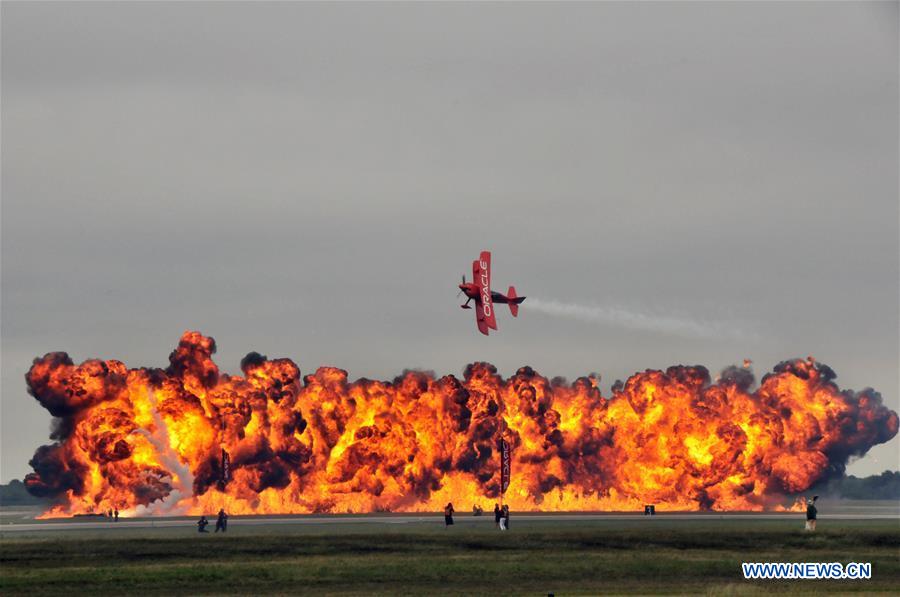 Aerobatic pilot Sean Doherty Tucker flies the plane over flames during his public solo performance demonstration during the Wings Over Houston Airshow at the Ellington Airport in Houston, Texas, the United States, on Oct. 20, 2018. The 34th annual Wings Over Houston Airshow kicked off at the Ellington Airport in the U.S. state of Texas Saturday, with thrilling aerial performances and displays. (Xinhua/Liu Liwei)