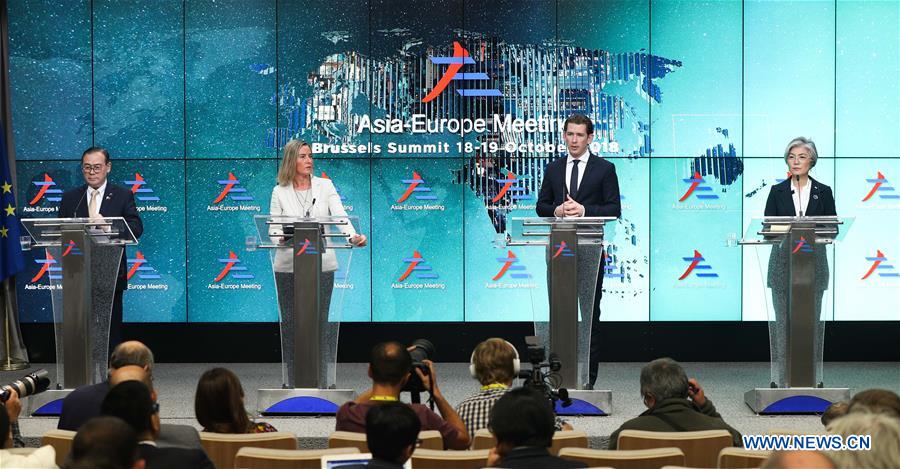 BRUSSELS,Oct. 19 (Xinhua) -- The two-day Asia-Europe meeting summit wrapped up on Friday in Brussels has called on more connectivity between Europe and Asia.

"We want to give our relationship with Asia, which is already very dynamic - as illustrated by the numerous trade and cooperation agreements we have, fresh impetus", said European Commission (EC) President Jean-Claude Juncker at the Summit's plenary session on Friday morning.

"Only a multilateral approach will enable us to confront global challenges. This is why I reiterate our commitment to support multilateral organisations in all their efforts," he added.

"We do not agree on everything. But what we have in common is more important than any disagreement. That is why we want our two great continents to be ever more connected," Tusk said at the end of summit.

"We want Asians and Europeans to trade more with each other, to visit each other more often, to save the planet's habitat and, finally, to enhance each other's security in these uncertain times," Tusk added.

The 12th ASEM (Asia-Europe Meeting) Summit took place on Thursday and Friday in Brussels, bringing together 51 countries, as well as EU and Asian institutions. Under the title "Europe and Asia: Global Partners for Global Challenges", leaders addressed some of the world's most pressing issues.