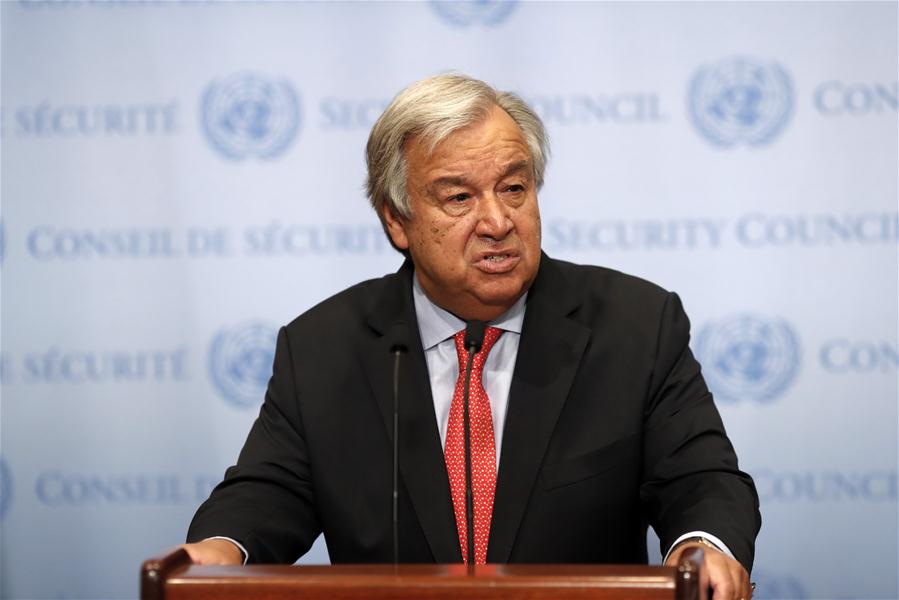 Extending his congratulations to Bachelet whose appointment as the new UN human rights chief was confirmed by the General Assembly earlier on the day, Guterres said that "Ms. Bachelet has been as formidable a figure in her native Chile as she has at the United Nations."

"At home, she has known the heights and the depths -- as the first woman to serve as the country's president, but also as a survivor of brutality by the authorities targeting her and her family many decades ago," the UN chief said at a press encounter.

Praising Bachelet as "a pioneer" at the United Nations, Guterres said as the first leader of UN Women, she gave the new entity "a new dynamic and inspiring start."

Bachelet was appointed in 2010 as the first Executive Director of the United Nations Entity for Gender Equality and the Empowerment of Women (UN-Women).

"In this year in which we mark the 70th anniversary of the Universal Declaration of Human rights, I could not think of a better choice," the UN chief added.

Speaking of Bachelet's "unique experience," the UN chief said that "she has lived under the darkness of dictatorship. As a physician, she knows the trials of people thirsting for health and yearning to enjoy other vital economic and social rights."

"And she knows the responsibilities of both national and global leadership," he added.

However, the secretary-general said Bachelet takes office "at a time of grave consequence for human rights."

"Hatred and inequality are on the rise. Respect for international humanitarian and human rights law is on the decline. Space for civil society is shrinking. Press freedoms are under pressure," the UN chief listed a number of human rights problems the world is facing.

"To navigate these currents, we need a strong advocate for all human rights -- civil, political, economic, social and cultural," said the UN chief, adding that "we need a person who can ensure the integrity of the indispensable human rights mechanisms of the United Nations."

The secretary-general also expressed "deep gratitude" to Zeid Ra'ad Al Hussein whose four-year term as the human rights chief expires at the end of this month, for "his leadership, passion, courage and skill in serving as High Commissioner for the past four years."

The UN human rights chief is the principal official who speaks out for human rights across the whole UN system, strengthening human rights mechanisms, enhancing equality, fighting discrimination in all its forms, widening the democratic space and protecting the most vulnerable from all forms of human rights abuse.