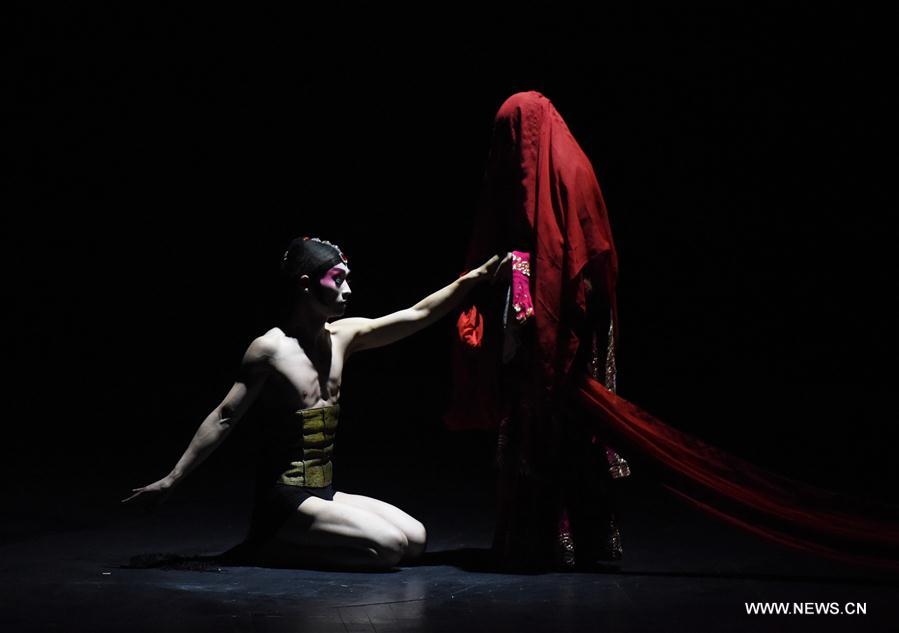 It tells the story of a bride who died during her wedding and sought to be reborn. But she could not be born again as a human being, only as a flower, bird, fish, an insect, and then a blade of grass.

Gao Yanjinzi, artistic director of the company, said the work focuses on the contradictions and conflicts in human life, ending with acceptance of one's destiny.

It has been staged in more than 20 cities in about a dozen countries, where it inspired the audiences to find their own answers based on their own experiences and emotions.

There will be another performance on Tuesday.

Before Monday's show, Shi Ruilin, cultural counselor of the Chinese Embassy to Turkey, read out a message from Ambassador Yu Hongyang.

In the message, Yu expressed his hope for joint efforts to deepen bilateral exchanges and cooperation in all fields, promote bilateral ties to a new level, and realize each other's dream of building a stronger and more prosperous nation.

"I loved the dancers. They were very professional," a Turkish viewer in her 60s said. "They told the story with their gestures and facial expressions so well. We felt their pain, their suffering..."

It was the first time that 24-year-old Umut Esin watched a contemporary Chinese dance performance. He found it "amazing".

A Chinese gastronomic cultural festival is also being held in Istanbul and Ankara.

The Chinese New Year, also known as Spring Festival, is the most important traditional festival for the Chinese, featuring family reunions, feasts and performances.

Happy Chinese New Year was launched in 2010 to have people in different parts of the world share the celebrations.