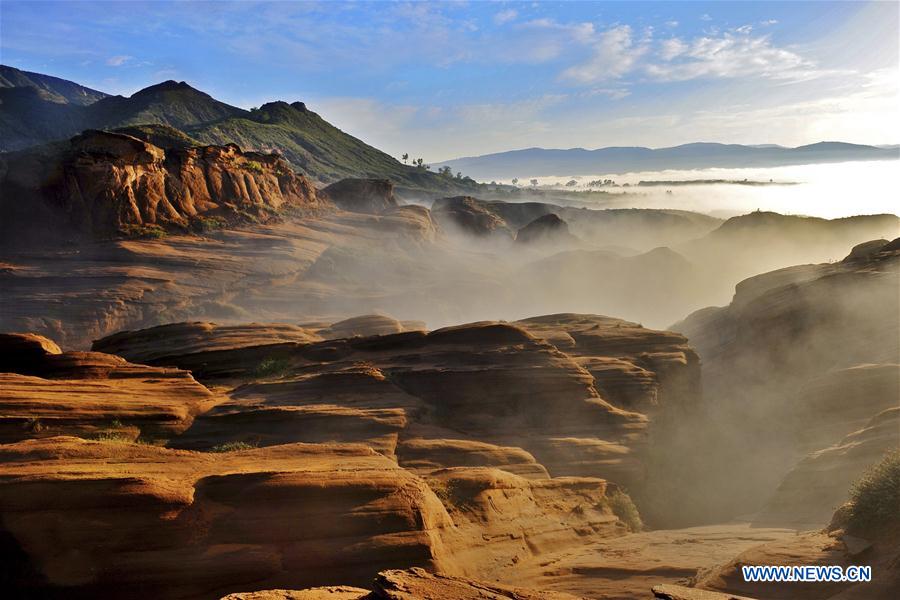 Photo taken on May 23, 2014 shows Longzhou Danxia landform in the morning light in Jingbian County of Yulin City, northwest China's Shaanxi Province. Geologists in Shaanxi Province have found a new Danxia landform, characterized by reddish sandstone features, thought to be the largest such site in the country. With an outcrop area of over 4,000 square kilometers, the landscape extends 750 kilometers from north to south and 10 to 70 kilometers from east to west. (Xinhua/Gao Yun)