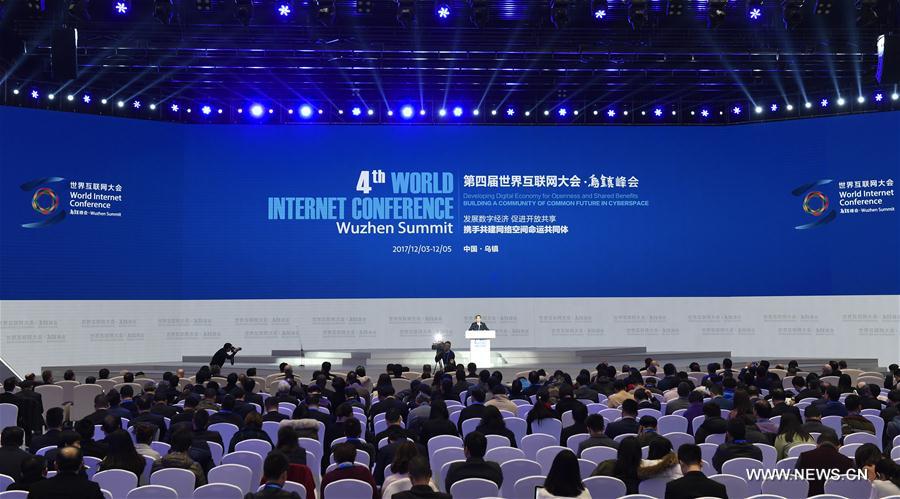 During the conference, government representatives, heads of international organizations, experts, scholars, and entrepreneurs attended 20 forums, displaying their achievements in innovation and discussing means of cooperation.

At a forum on the internet and finance, Liu Zhengrong, vice president of Xinhua News Agency, said regulating the release of financial information on the internet is indispensable to ensuring financial security.

"The internet does not change the rules of financial regulation, just attaches to it new connotations and requirements," Liu said.

Well-known tech companies from around the world, including Apple, Alibaba, and Huawei, released their latest products at the conference.

Two reports were also issued at the conference on Monday, covering the development of the internet around the world and in China respectively.

According to the reports, China's digital economy reached 22.58 trillion yuan (about 3.4 trillion U.S. dollars) in 2016, ranking second globally and accounting for 30.3 percent of the national GDP.

As of June 2017, there were 3.89 billion internet users around the world, of which 751 million were in China, the most of any country worldwide, said the reports.