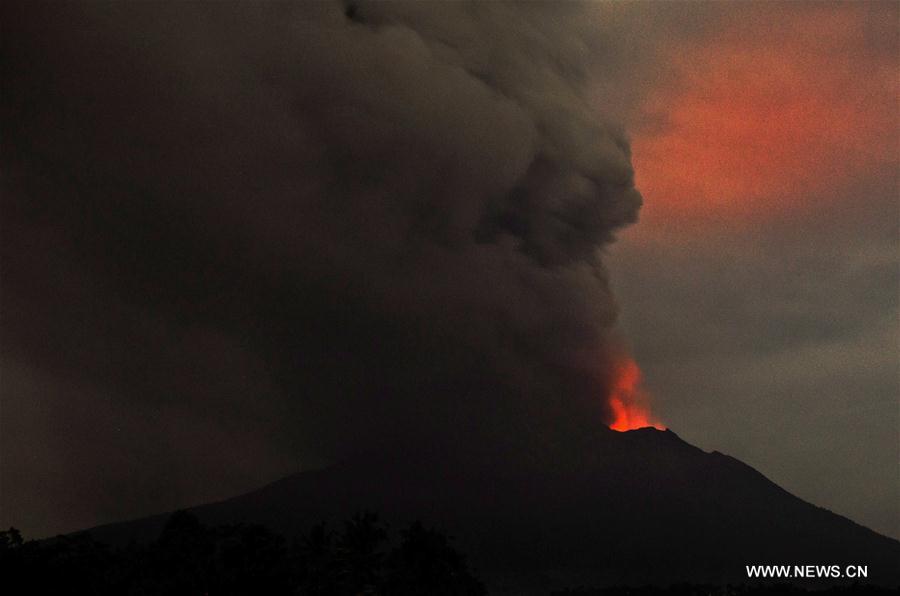 JAKARTA, Nov. 27 (Xinhua) -- Authorities in Indonesia's Bali Island has assured that locals and tourists in southern part of Bali were not in direct threat from the volcano eruption.

Areas considered dangerous were identified in 10 km around the volcano, while locals and tourists were in areas located 60 to 70 km south of Mount Agung volcano, an official statement said on Monday.

The volcano continuously blasted volcanic ash and materials in the last few days, leading to the closure of Bali airport.

Tourists have been told not to get panic and to stay in hotels.

"The hotel management and the relevant government agencies will keep them fully informed on development of situation," the statement said.

Tourists with urgent need to leave Bali were advised to use land transport with buses to East Java capital Surabaya, a 12-hour overland and ferry trip, to Bali's nearest airport considered safe from impacts of eruption.

Evidence of volcanic ash at higher altitudes on aviation approach and departure paths has prompted the decision to close the airport.