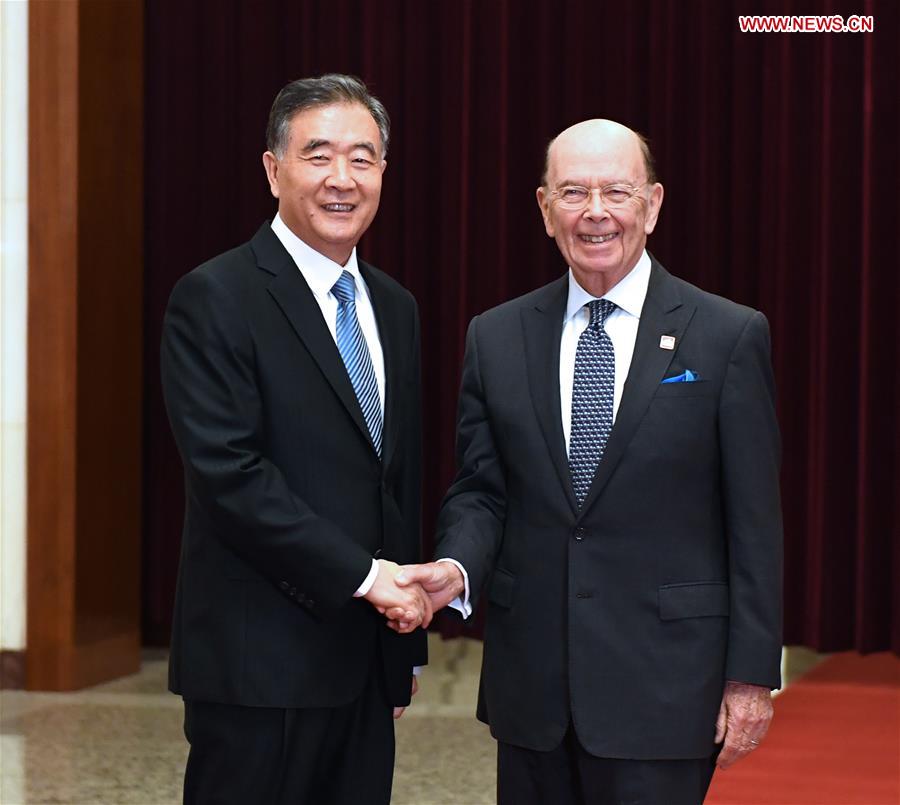 The two had in-depth exchange of views on bilateral trade issues, according to a press release.

After the talks, Wang and Ross witnessed the signing of trade deals, part of the business achievements of U.S. President Donald Trump's visit to China.