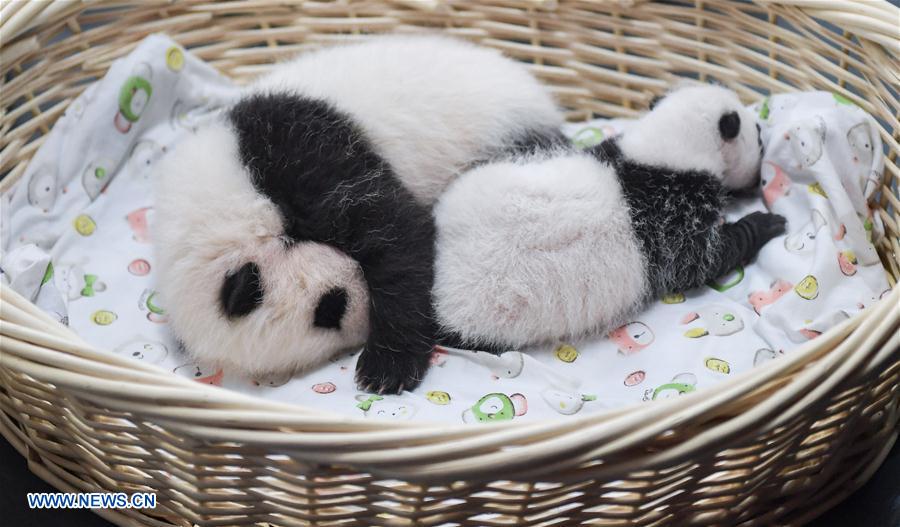 Giant panda cubs are seen at the Wolong Shenshuping Base of the China Conservation and Research Center for the Giant Pandas in southwest China's Sichuan Province Sept. 29, 2017. The population of captive giant pandas stood at 520 worldwide by Oct. 6, according to the annual conference of the giant panda breeding technology committee of China. (Xinhua/Xue Yubin)

CHENGDU, Nov. 7 (Xinhua) -- The population of captive giant pandas has reached 520 worldwide, according to the China giant panda breeding technology committee at its annual conference Tuesday.

As of early October, 63 captive panda cubs had been born in China, France, the United States, Japan, Spain, Belgium and Austria this year, 58 of which survived, bringing the population of captive giant pandas to 520, according to the committee

Besides Chinese scientists, 69 overseas experts from 13 countries participated in panel discussions at the conference, discussing giant panda conservation, breeding and reintroduction to the wild.

He said that with the creation of giant panda national parks, the release of more pandas into the wild, and further scientific research, the various sub-populations of giant pandas would eventually be restored.