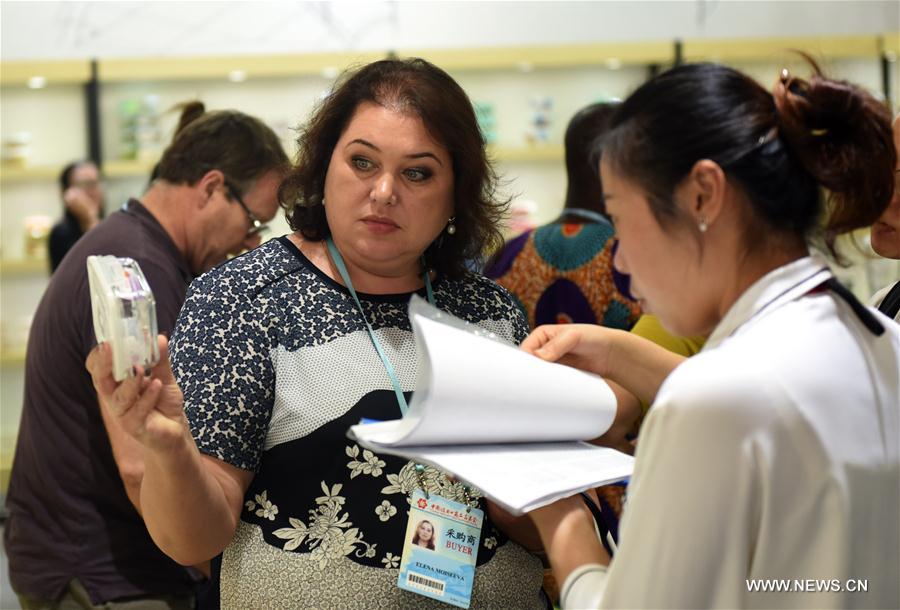 A woman selects crispers at the Phase 2 of China Import and Export Fair, or Canton Fair, in Guangzhou, capital of south China's Guangdong Province, Oct. 23, 2017. Highlighting consumer goods, gifts and home decorations, the phase 2 of the fair started on Monday and it will last for 5 days.(Xinhua/Lu Hanxin)

A total of 7,360 companies will exhibit their products at more than 20,000 booths, focused on giftware, houseware and toys. The phase will last from October 23 to 27 in Guangzhou, capital of Guangdong.

The first phase of the fair, which concluded on October 19 and was dedicated to electronics and lighting, attracted more than 100,000 purchasers.

The third phase, for textiles, footware, food and medical products, will take place from October 31 to November 4.

The Canton Fair, held in Guangzhou every spring and autumn, is seen as a barometer of China's foreign trade.