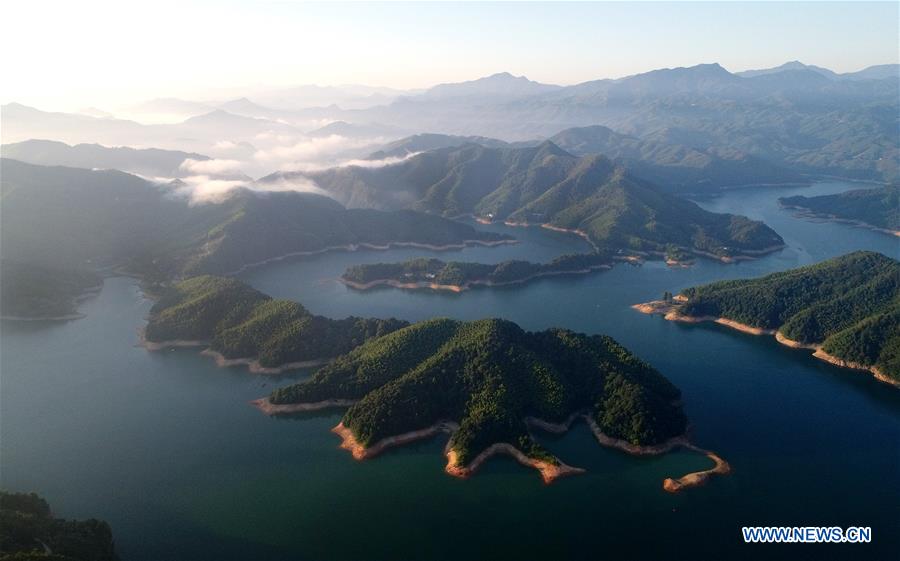 Aerial photo taken on July 23, 2017 shows Foziling reservoir in Lu'an City, east China's Anhui Province. A cluster of irrigation projects, including the Qimenyan and Shuimentang projects built 2,000 years ago and the other six modern ones collectively called Pishihang project, link up the Pihe River, the Shihe River and the Hangbuhe River in the western part of east China's Anhui Province. These projects have played a vital role in pulling local residents, who had been suffering from water shortage before, out of poverty. Currently, the coverage of the irrigated area exceeds 10 million mu (about 666,667 hectares) with annual grain yield at six million tonnes. (Xinhua/Tao Ming)