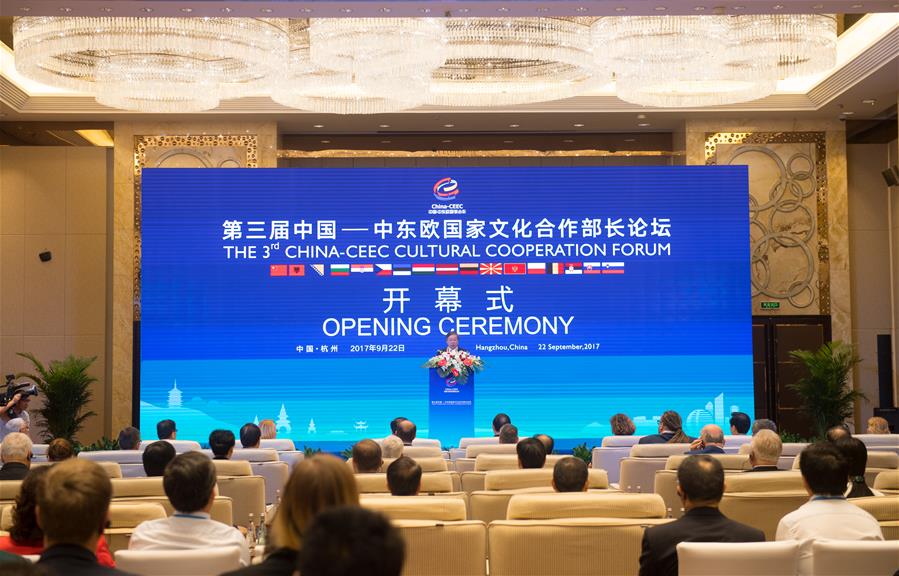 Li said in the letter that during the past five years cooperation between China and CEEC has made substantial achievements and benefited the people of these countries.

This is because of the deep traditional friendship between the countries, their open and inclusive attitudes, and the mutually beneficial and win-win spirits to promote cooperation, said Li.

Li expressed his hope that the forum can explore and perfect new methods, models and platforms for cultural cooperation, raise the level of exchanges, and enrich the content of cooperation so as to continue to inject vitality and vigor into the "16+1 cooperation mechanism" and the general development of Sino-European relations.

The forum is a biennial event. The current event, being held in Hangzhou, east China's Zhejiang Province, was organized by the Chinese Ministry of Culture and the provincial government of Zhejiang.