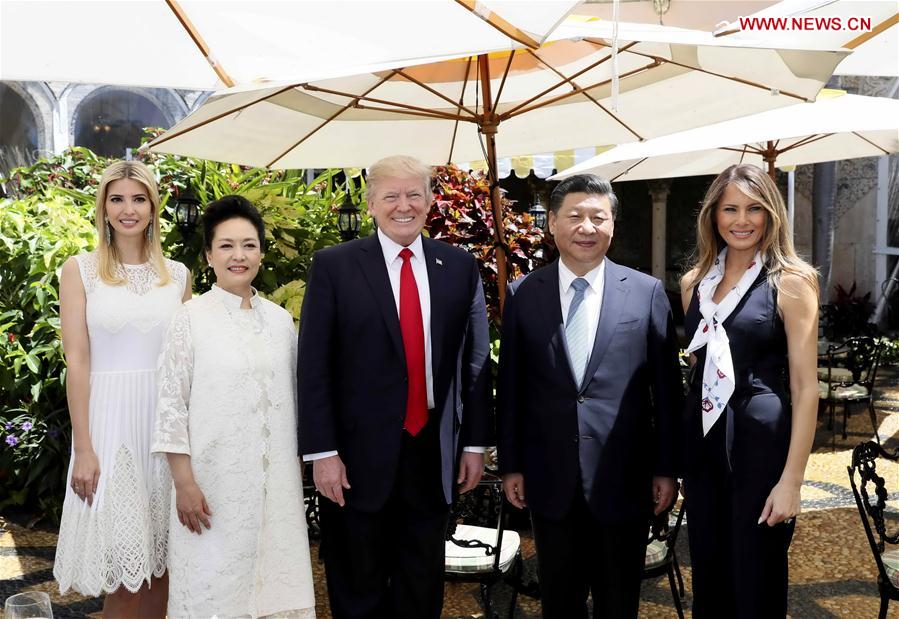 BEIJING, April 8 (Xinhua) -- The first meetings between Chinese President Xi Jinping and his U.S. counterpart Donald Trump have sent a clear-cut message that the two largest economies can become great cooperative partners despite their differences.

The meetings, positive and fruitful, mark a new starting point for the world's most important bilateral relationship, which will not only benefit the two countries but also the world at large.

Xi said that there are "a thousand reasons to make the China-U.S. relationship work, and no reason to break it," a sentiment echoed by Trump who expressed the hope that ties would continue to develop in this regard.

The face-to-face meetings, along with previous phone calls and letters between the two leaders, once again underscore that the two countries are trying to avoid strategic misjudgment and are supportive of steering the relationship in the right direction.

The outcomes of the meetings include four new high-level mechanisms for dialogue and cooperation in diplomacy and security; the economy; law enforcement and cyber security; and social and people-to-people exchanges.

These new mechanisms can be taken as expressions by both sides to follow the principles of non-confrontation, no conflict, mutual respect and win-win cooperation.

Although differences remain -- trade and currency among the major thorny issues -- both sides have acknowledged the necessity to solve them through constructive dialogue.

The two countries' common interests are expanding rather than shrinking.

China and the United States are each other's largest trade partners. Cooperation will lead to win-win results for a country determined to be "great again" and the other achieving the goal of completing building a moderately prosperous society by 2020.

Confrontation will only lead to losses for both sides.

China welcomes the U.S. to participate in cooperation within the framework of the Belt and Road Initiative, and proposes to enhance military dialogue mechanisms and strength communication in major international and regional affairs.

These gestures display China's commitment to peaceful development without seeking alliances or expansion. Any attempt to contain China with a "zero-sum" game theory is outdated, unnecessary and harmful to both sides.

"The world makes way for the man who knows where he is going," American philosopher Ralph Waldo Emerson said.

Now, it is time for China and the United States to start a new chapter, one which will take political resolve and wisdom to achieve results that meet the expectation of the world in need of peace and prosperity.

Trump accepted an invitation for a state visit to China this year. Hopefully, close top-level communication between the two nations will consolidate mutual trust, sweep away obstacles and accomplish something that is great for both countries and the world.