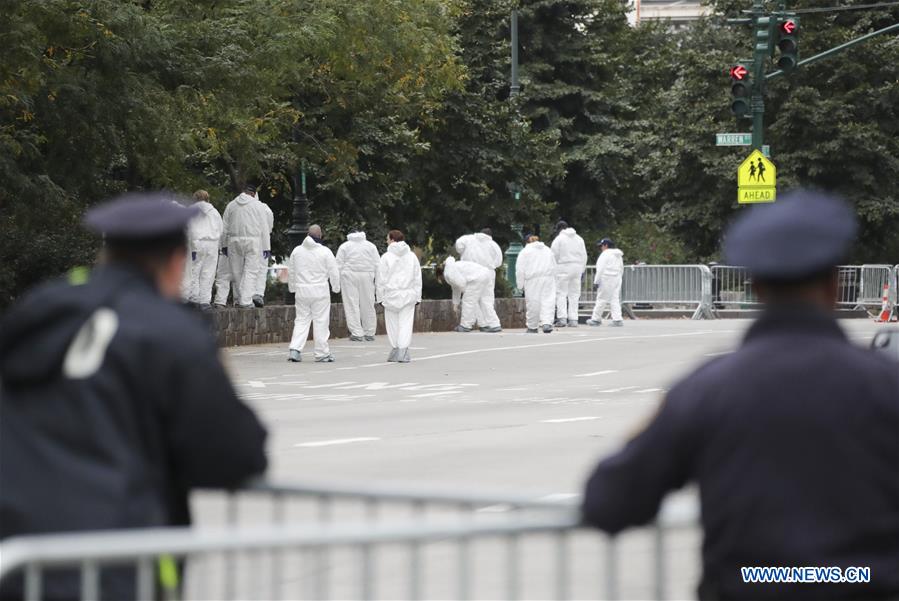 Investigators search for evidence near the site of a deadly terrorist attack in lower Manhattan in New York, the United States, on Nov. 1, 2017. Eight people were killed and a dozen more injured after a truck plowed into pedestrians near the World Trade Center in New York City on Tuesday. (Xinhua/Wang Ying)