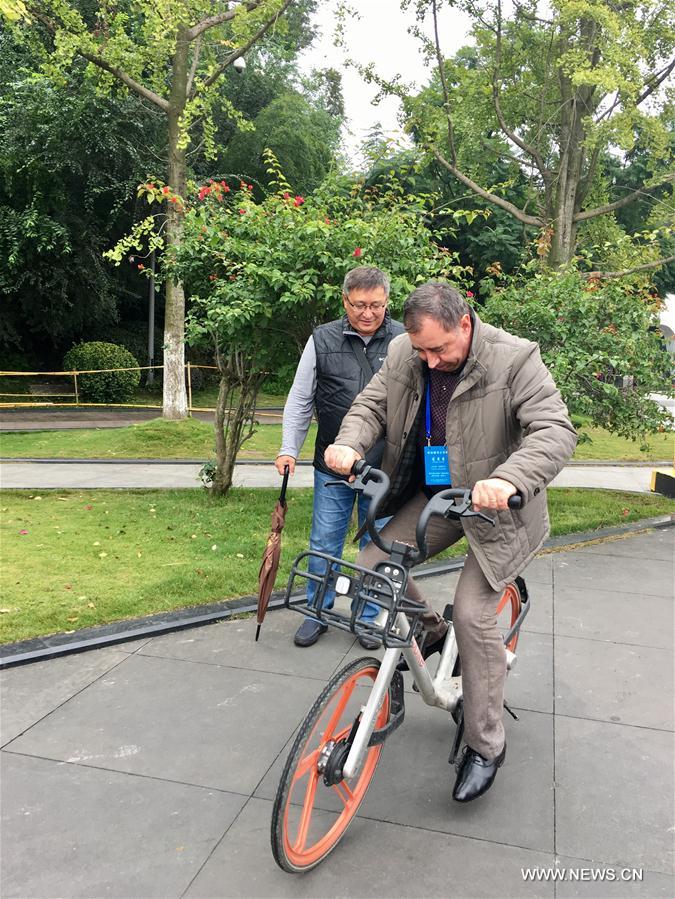 Serik Korzhumbayev (L), editor-in-chief of a Kazakh newspaper, looks on as Caciuc Anatolie, a producer from Moldova's state broadcaster, tries a shared bike in southwest China's Sichuan Province, Oct. 15, 2017. Journalists from a number of developing countries, who will cover the upcoming 19th National Congress of the Communist Party of China (CPC), made field tours to parts of China ahead of the opening of the congress. The congress will start in Beijing on Oct. 18. (Xinhua/Wang Hongjiang)