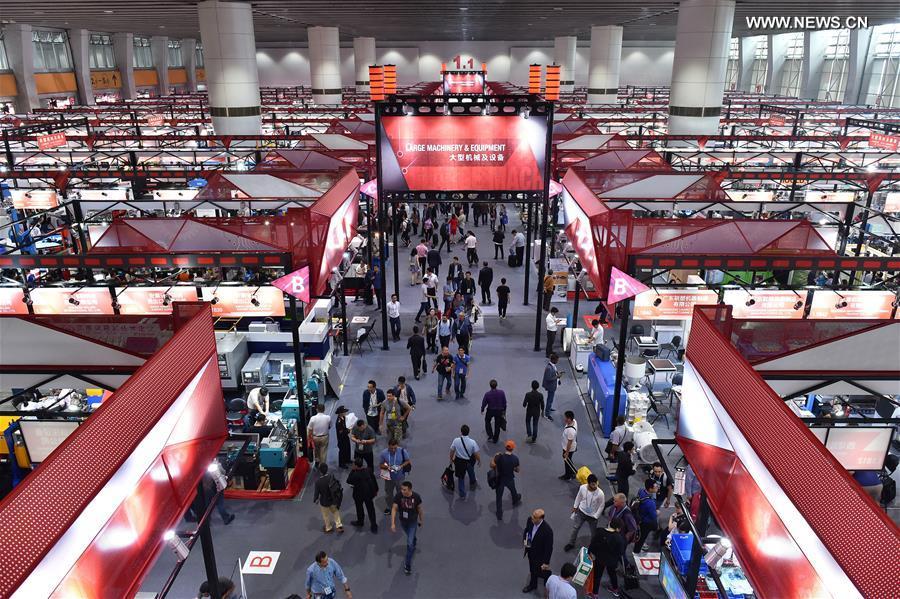 More than 160,000 types of products are being exhibited at more than 60,000 booths in an area covering nearly 1.2 million square meters, organizers said.

Held in the provincial capital of Guangzhou every spring and autumn, the event is seen as a barometer of China's foreign trade.

China's foreign trade has maintained its momentum to stabilize and improve, after with a continuous decline in the past couple of years, said Xu Bing, spokesperson for the fair.

Data from the General Administration of Customs said the country's foreign trade volume rose 16.6 percent to 20.29 trillion yuan (3.08 trillion U.S. dollars) in the first three quarters of this year.

The import exhibition zone of the fair has attracted 341 companies from 17 countries and regions along the Belt and Road Initiative, which was proposed by China in 2013 to connect the vibrant Asian economic circle at one end and Europe at the other, and then extending it further to other regions.