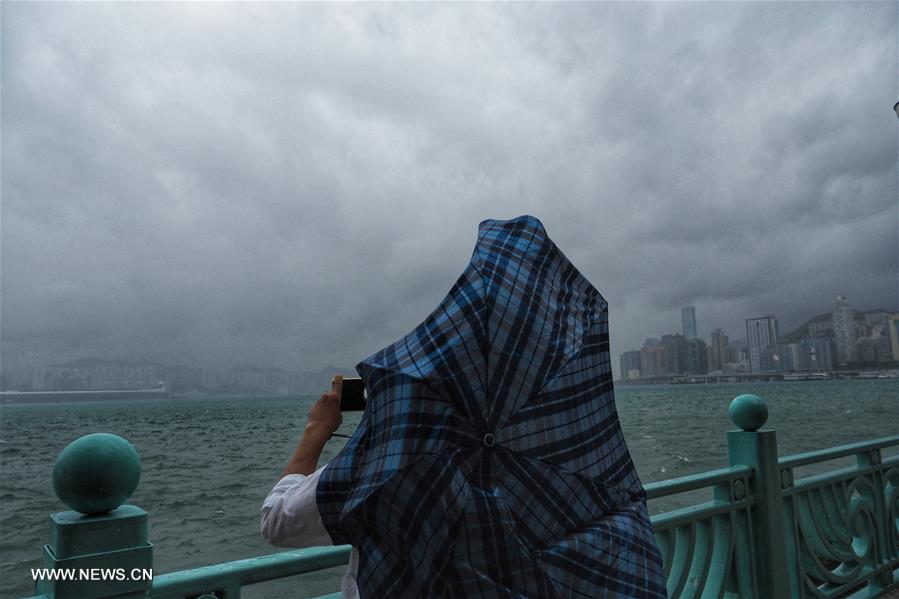 At 5 a.m. Sunday, the eye of Khanun, this year's 20th typhoon, was above the South China Sea, 570 km southeast of Xuwen County, south China's Guangdong Province, packing winds of up to 38 meters per second, according to the National Meteorological Center (NMC).

The NMC said the typhoon is likely to hit the coast between Zhanjiang, Guangdong and Wenchang, Hainan Province in the early hours of Monday with winds of up to 40 meters per second.

It is expected to later weaken and turn southwest toward central Vietnam, according to the NMC.

From Sunday to Monday morning, parts of Zhejiang, Shanghai, Guangdong, Guangxi and Hainan will experience heavy rain, the NMC said. In some areas, precipitation is expected to be up to 200 millimeters.

China has a four-tier color-coded system for severe weather, with red being the most serious, followed by orange, yellow and blue.

The headquarters warned that Khanun will be at its peak when it makes landfall and will bring serious threats to activities in coastal areas and waters along its path.

To avoid casualties and property damage, local governments should take precautions and suspend work, classes and transportation if necessary, the headquarters said.

It has already sent eight work teams to Hainan, Guangdong, Guangxi, Zhejiang, Fujian and Shanghai to help prepare aid and relief ahead of the typhoon's arrival.