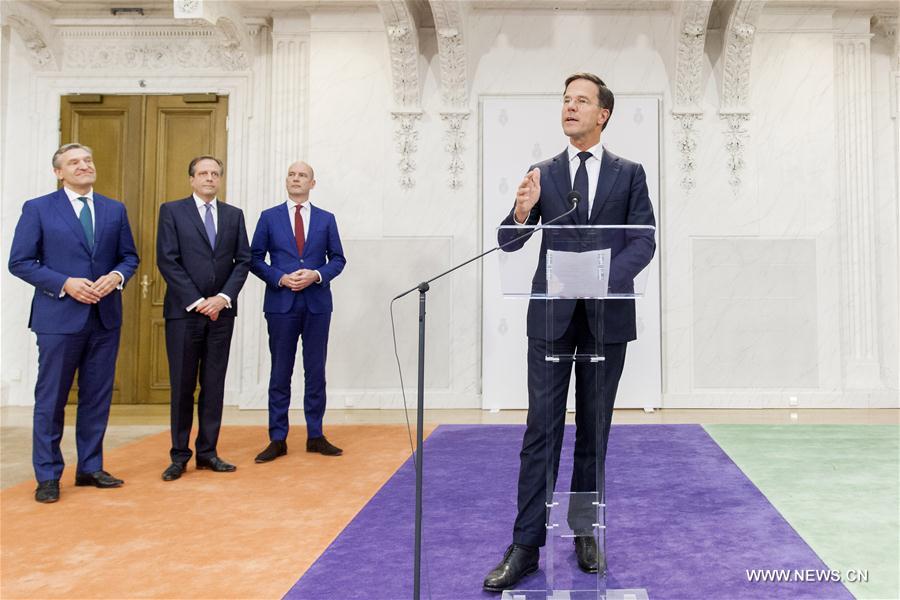 Dutch Prime Minister Mark Rutte speaks to the press on the coalition government deal by the four parties in The Hague, the Netherlands, Oct. 10, 2017. The parliamentary groups of the four parties that reached a coalition government deal on Monday have all accepted the political program for the coming years, paving the way for Prime Minister Mark Rutte to start assembling his cabinet.(Xinhua/Rick Nederstigt)