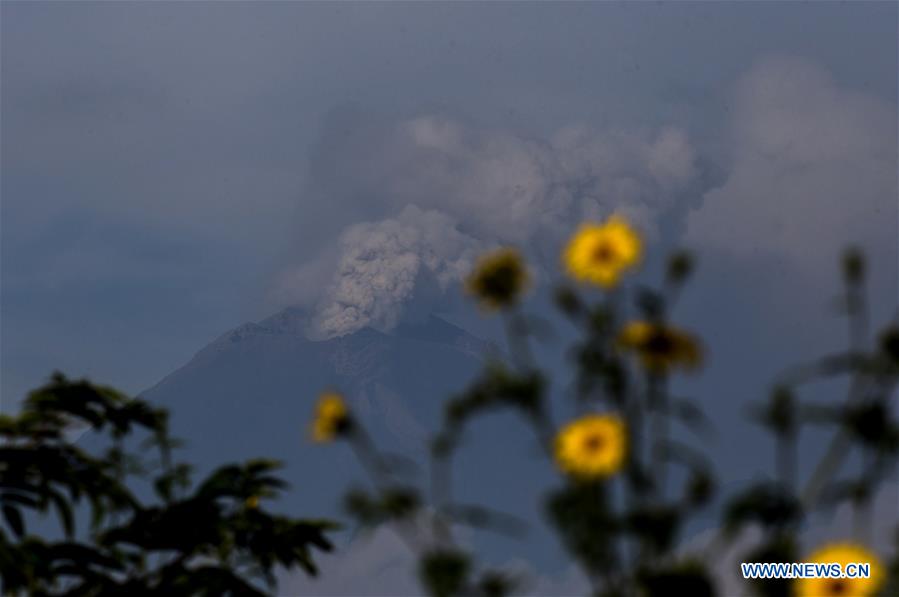 An ash column rises from the crater of the Popocatepetl volcano, in Puebla state, Mexico, on Sept. 27, 2017. Central Mexico's Popocatepetl Volcano registered more activity than usual before dawn Wednesday, including a tremor followed by an exhalation of incandescent rocks. (Xinhua/Isabel Palacios)

The glowing rock fragments "were expelled from the crater" and traveled "between 600 and a thousand meters over the slopes of the volcano," Cenapred said in a statement.

Popo, as the volcano is commonly known, also spewed ash one to 1.5 kilometers high, in a northwest direction.

"There have been reports of a light falling of ash in Ecatzingo, State of Mexico," the agency added, urging residents to stay away from the crater and its surroundings.

Popo has been mildly active since Dec. 21, 1994, and a yellow caution alert has been in place in the region ever since.

However, officials say they have not observed any significant uptick in volcanic activity in relation to the quake.

"The activity at the volcano has no direct relationship with the earthquake of magnitude 7.1," Cenapred said.