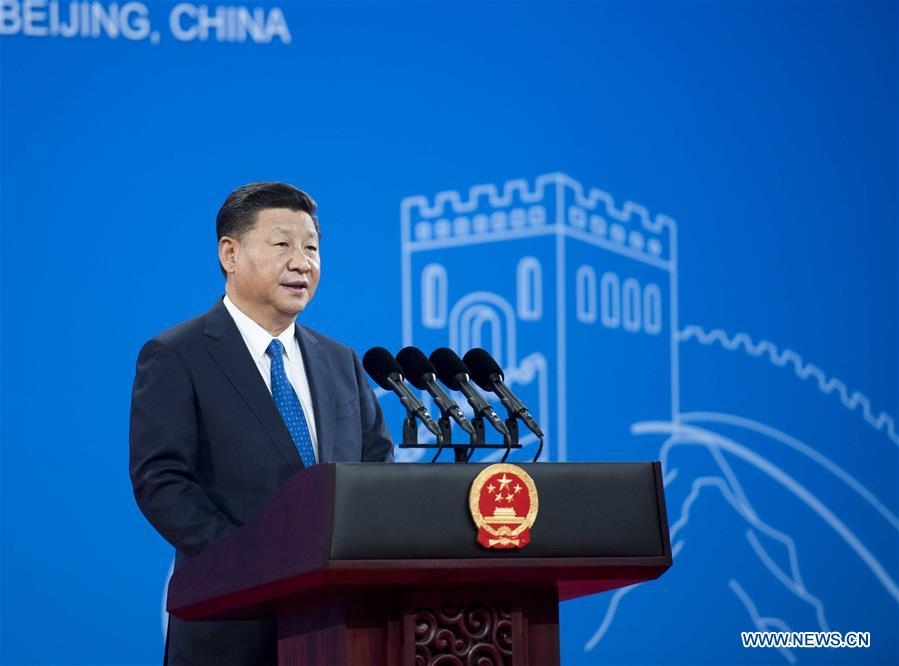 Xi made the remarks in Beijing while addressing the opening ceremony of the 86th Interpol General Assembly.

Since becoming a member state of Interpol in 1984, China has been committed to developing cooperation with Interpol and other member states, and contributed to maintaining world security and stability, Xi said.

In order to beef up global law enforcement and security cooperation, Xi proposed enhanced reform and innovation, sticking to the rule of law and mutual benefits.

"Countries should adopt a concept of common, comprehensive, cooperative and sustainable security, and jointly respond to security challenges," he said.

He called on countries to adhere to the UN Charter and Interpol regulations, seriously fulfill conventions against transnational crimes and corruption, and improve relevant international regulations.

"Countries, while maintaining their own security, should take into account other countries' security," Xi said. He asked major countries to offer more support for underdeveloped countries and regions in security and development.

"To provide people with a safe and sound living environment is our important target," Xi said, adding that China had made remarkable progress in combating crimes of various kind and building crime prevention and control system.

"More and more people believe China is one of the most secure countries in the world, which is an important contribution China has made to the world," he said. "China has actively participated in global law-enforcement cooperation and global security governance, resolutely supported international fight against terrorism, joined global cooperation in combating cyber crimes, worked with other countries in fugitive repatriation, fighting against telecome fraud and other crimes."

The Chinese president vowed stronger support for Interpol in the five years to come to raise its global influence and leadership.

Participants from 158 countries and regions gathered in Beijing for the conference, which lasts from Tuesday to Friday.

Now headquartered in Lyon in France, Interpol is the world's second largest international organization, after the United Nations, with 190 members.