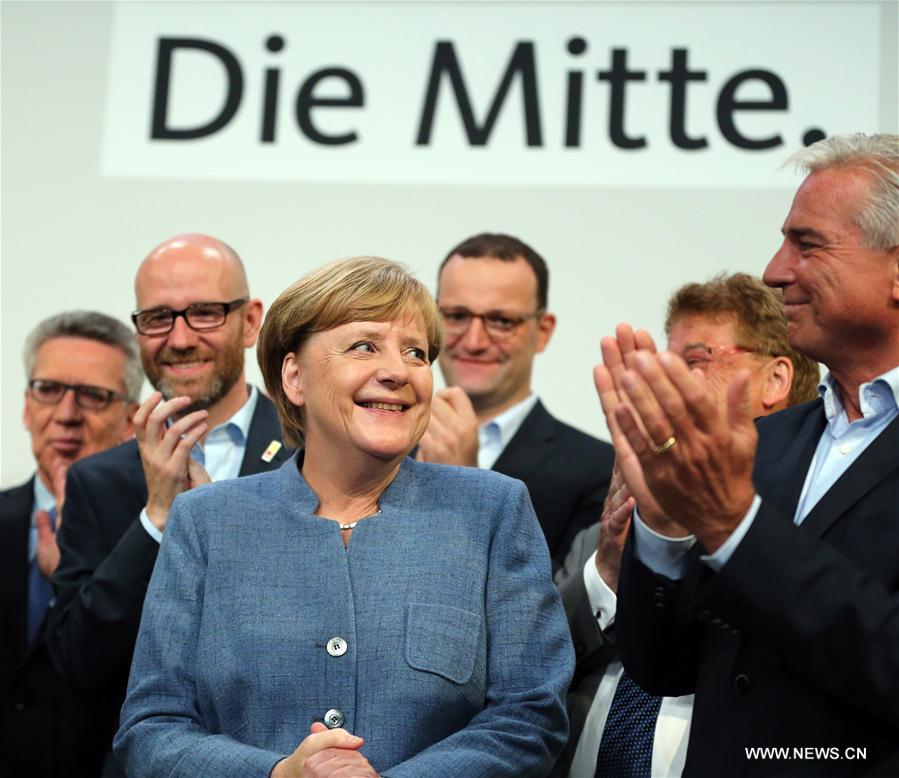 The shrunken yet still commanding margin of the Christian Democratic Union (CDU) and its Bavarian sister Christian Socialist Union (CSU) heralds a fourth term for Merkel as Chancellor, with the support of other parties.

Having served as Germany's head of government for 12 consecutive years, Merkel has long been known for her support for globalization and international cooperation. For those who care about the future development of China-Germany relations, her fourth term is a positive signal.

Merkel visited China 10 times during her chancellory, a fact suggesting a lot to the development of Germany-China relations. Given the heft of bilateral ties, it is highly hoped that she will keep the wheels turning and pull her weight as before for further progress.

The reasons are crystal clear.

China and Germany have forged one of the world's most important bilateral relationships. In 2010, the two sides upgraded their relations to a strategic partnership, and further lifted it to a comprehensive strategic one during Chinese President Xi Jinping's first state visit to Germany in 2014. Along with over 2 million personnel exchanges in 2016 alone, China for the first time became Germany's largest trading partner, while the latter has long been China's largest importer in Europe.

Germany's robust economy, to which its close ties with China have surely contributed, is Merkel's trump card in the federal election.

During her last three terms, the world's second and fourth largest economies were highly complementary. China's economic restructuring and its booming market keep on creating opportunities for German enterprises, while Germany's advanced facilities and managerial experience in turn help in China's industrial upgrading.

Meanwhile, in an increasingly volatile world, a mature Germany-China relationship is essential to global prosperity and stability. Both bearing significant international influence, the two sides are actively committed to addressing conflicts and crises through political and diplomatic means, instead of military actions.

Moreover, as staunch supporters of open economy instead of protectionism, China and Germany share a common stance on economic globalization and multilateralism, and on commitment to the Paris climate accord.

As some analysts have given it, the two countries are in the middle of the forging of "special" ties, and any interruption would be too costly.

In paricular, the two sides shall be aware of the specter of protectionism rising from some corners of Europe.

For years, the Merkel-led Germany has enjoyed being one of the world's leading exporters and major beneficiaries of free trade. It would be more than disheartening to see a Germany to allow trade barriers against foreign enterprises, including Chinese companies, to not only block export and investment, but also do harm to Europeans themselves.

It is highly expected that Chancellor Merkel, as a seasoned political leader, will continue to fight protectionism and keep Germany-China relations as well as the world economy free from disruption.