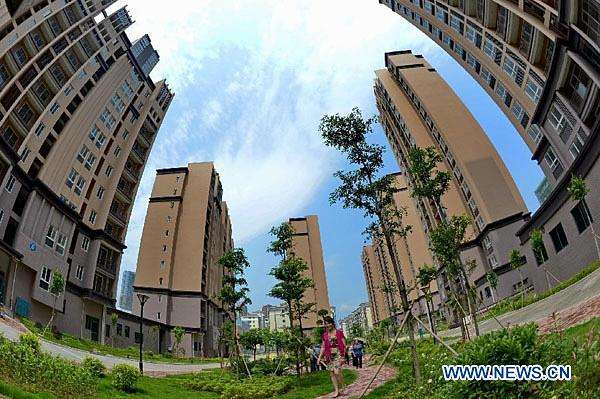 Since Friday, the second-tier cities of Xi'an, Chongqing, Nanchang, Nanning, Changsha, Guiyang, Shijiazhuang and Wuhan have tightened housing controls, with most banning home sales within two to three years after purchases.

In Shijiazhuang, houses newly bought as of Sunday will be banned from being sold within five years.

In Wuhan, real estate developers were told not to have prejudice against those home buyers who plan to use mortgages rather than making full payments.

Analysts said the ban on sales is an effective measure in fighting market speculation.

The new round of housing tightening started by the eight cities showed that there will be no respite in a rather long term and the authorities will not change their determination in controlling housing prices, said Yang Xianling, research chief of real estate agency Homelink.

The measures taken ahead of the National Day holiday can better guide market expectations, said Yang.

In March, Xiamen became the first city nationwide to introduce a sales ban. More than 40 cities have followed suit, according to the China Index Academy.

Yang said this time the tightening mainly targeted the provincial capitals as the housing markets there still face inflationary pressures from expected growth in population in the future.

Zhang Dawei, chief analyst with Centaline Property, said the housing tightening was moving down to the second- and third-tier cities and more are expected to follow suit.

The property markets in bigger cities like Beijing have lost steam after tough tightening measures including higher mortgage rates and down payment. However, the smaller cities saw price rises with money moving in with fewer restrictions.

Banks in many major cities have raised the mortgage rates.

In Beijing, nearly 20 banks have raised the mortgage rates for first-home purchases by 5 or 10 percent. Some even declined to accept mortgage applications.

The banking regulators in cities like Beijing and Shenzhen have also ordered banks to check consumer loans to prevent the money flowing into the property market.