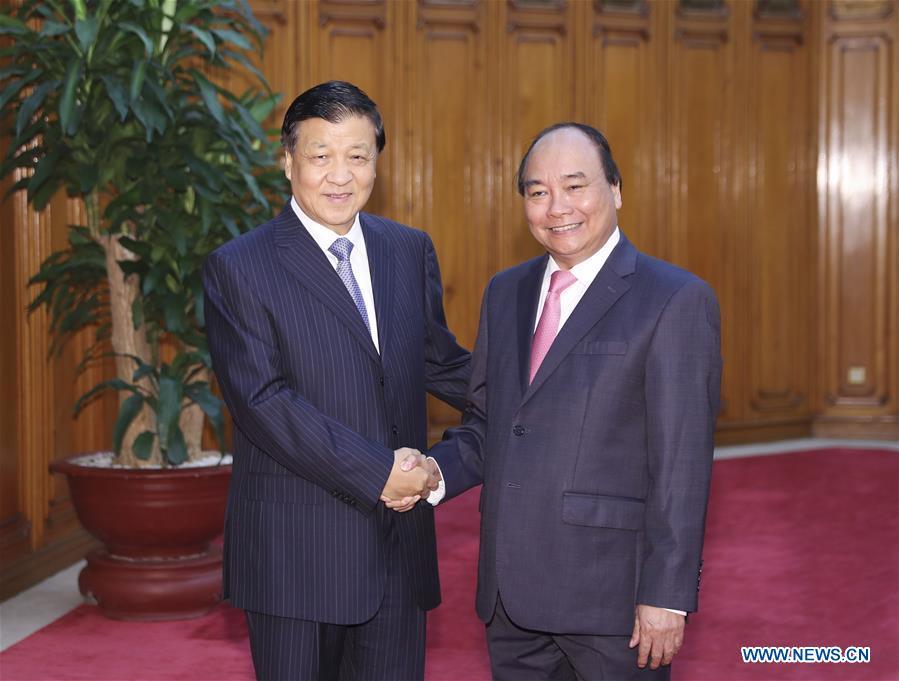 HANOI, Sept. 19 (Xinhua) -- Senior Communist Party of China (CPC) official Liu Yunshan said Tuesday that the stable and healthy development of Sino-Vietnamese relations is conducive to the reform and opening up of the two countries.

Liu, a member of the Standing Committee of the Political Bureau of the CPC Central Committee, arrived in Hanoi on Monday for an official visit to Vietnam at the invitation of the Communist Party of Vietnam (CPV).

During meeting here with Vietnamese Prime Minister Nguyen Xuan Phuc, Liu said the CPC and the CPV constitute a community of shared destiny with strategic significance.

The two economies are highly complementary, with huge potential for practical cooperation, he said.

He called on the two sides to synergize the China -proposed Belt and Road Initiative with Vietnam's Two Corridors and One Economic Circle plan to facilitate the production capacity cooperation.

He also suggested the two nations properly manage and control their divergences, so as to create favorable environment for bilateral cooperation.

Phuc, for his part, said the close high-level contacts have promoted the friendly cooperation between the two countries.

Phuc agreed with Liu on synergizing the two countries' development strategies. He suggested the two sides deepen cooperation in investment, trade and major projects, properly deal with differences, so as to bring more benefits to the two peoples.