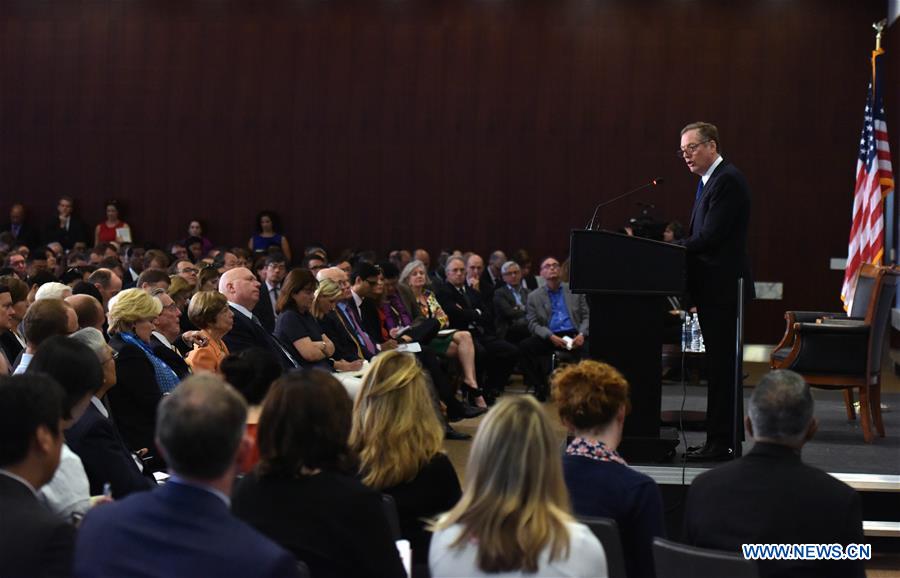 Lighthizer said this in his first major public speech since he took office as U.S. trade representative at the Center for Strategic and International Studies, a Washington-based think tank.

"I agree that tax rates, regulations, and other macroeconomic factors have a large part in forming these (deficit) numbers, and the president is tackling these issues. But I submit the rules of trade also matter, and that they can determine outcomes," Lighthizer said.

"In a simple example, how can one argue that it makes little difference when we have a 2.5 percent tariff on automobiles and other developed countries have a 10 percent tariff?" he added.

Lighthizer worked for decades as a trade lawyer, representing clients including U.S. Steel Corp. He also served as deputy USTR under President Ronald Reagan in 1980s, earning a reputation as a hard-nosed negotiator.

Addressing the first round of negotiations to update the North American Free Trade Agreement (NAFTA) in August, Lighthizer also said reducing U.S. trade deficits with Mexico and Canada was his priority.

Reducing trade deficits was one of the core campaign promises of U.S. President Donald Trump.

The president, together with his Commerce Secretary Wilbur Ross and Lighthizer, has repeatedly criticized several countries over U.S. trade deficits with them.

The journal The Economist, however, has long argued that America's huge trade deficits are actually home-made, as trade deficits which are the flip side of capital surplus indirectly fill the gap of domestic savings and investment.

"This bizarre economics is dangerous to American prosperity," said the journal in an editorial titled "Lighthizer's Economics Deficit" in August, warning Lighthizer's mercantilist view of trade is dangerous for the U.S. economy.