Foreigners with their China stories

In many foreigners’ eyes, China is a wonderland with numerous attractions like Kung Fu, calligraphy, painting, etc. Apart from that, some can't help giving the thumbs-up to China's booming online shopping. When mentioning China, they have their stories to tell.

The American who wants to be Chinese 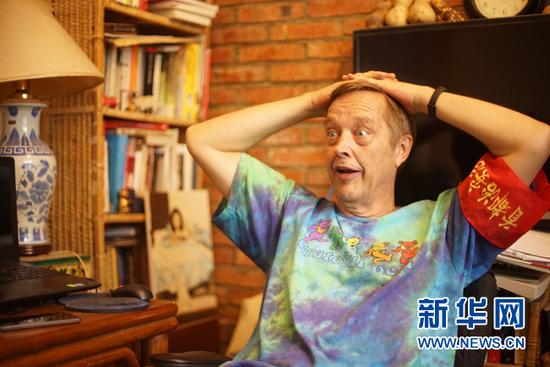 Wearing his bright red armband and speaking fluent Mandarin, from a distance 62-year-old Gao Tianrui could be taken for any regular Chinese man. But on closer inspection, things are not quite what they seem: Gao's real name is Terry and he is American.

Having lived in Beijing for more than 20 years, Terry Crossman has finally fulfilled his Chinese dream: becoming a public security volunteer. Life as a Xicheng Dama (elderly woman of Xicheng) has even made him an online celebrity. Full Story