Over 400 killed in mudslides in Sierra Leone: UN 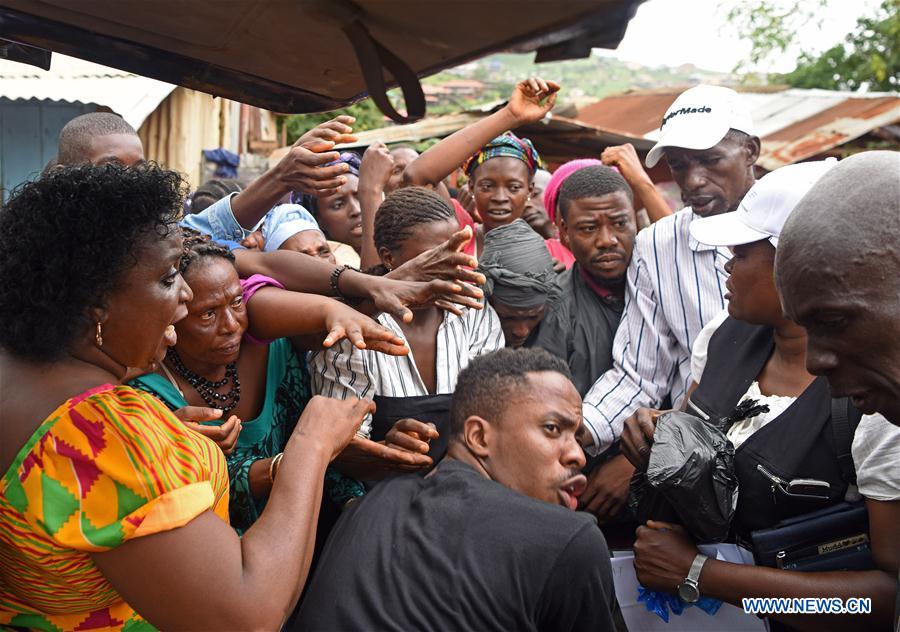 People receive food distributed by the government on the site of the mudslides in Freetown, capital of Sierra Leone, on Aug. 18, 2017. The UN Office for the Coordination of Humanitarian Affairs (OCHA) on Friday said that more than 400 people had lost their lives in the mudslides that had occurred on Aug. 14 and that several hundred people were still missing, meaning that the death toll could still increase. (Xinhua/Chen Cheng)