Fire breaks out in Moscow building, no casualties reported 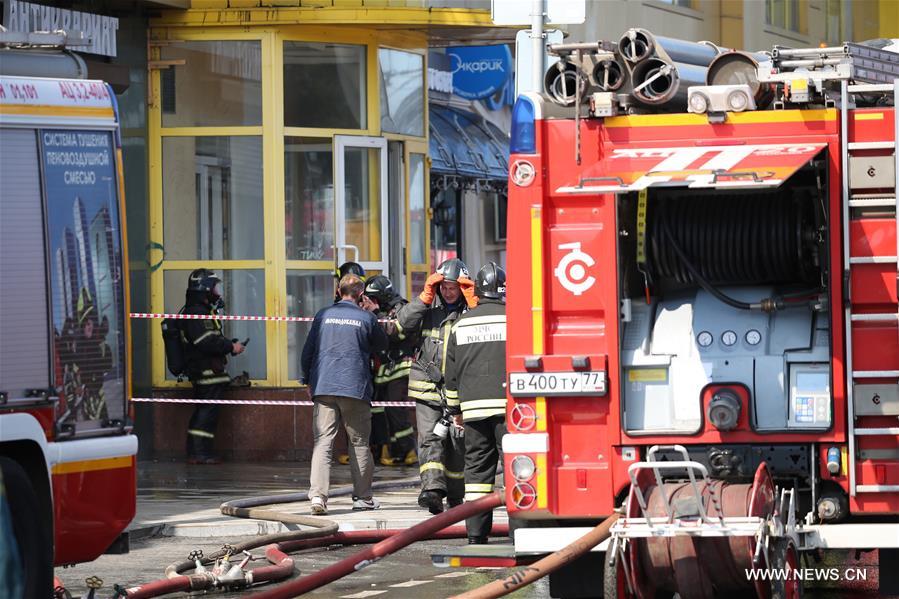 Firefighters work to extinguish the fire in Moscow, Russia on Aug. 9, 2017. Fire broke out in a building in eastern Moscow, the capital of Russia, on Wednesday afternoon, witnesses said. (Xinhua/Bai Xueqi)

MOSCOW, Aug. 9 (Xinhua) -- Fire broke out in a building in eastern Moscow on Wednesday afternoon, with no reports of casualties so far.

The fire broke out at Taganskaya square at 13:05 Moscow time (1005 GMT), said the Russian Emergencies Ministry in a statement.

Firefighters said that they were trying to contain the blaze.

A total of 52 firefighters are working on the site, and 120 people had been evacuated from the two-story building before the firefighters arrived, said the statement.

"No injuries were reported," it said.