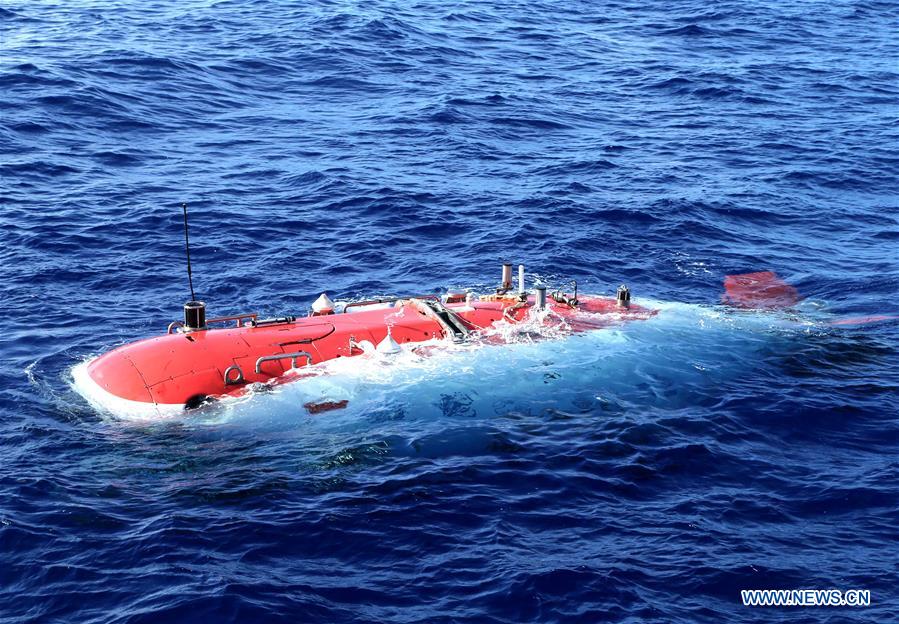 The dive began at 4:43 p.m. local time, with three crew onboard working underwater for half an hour.

During the mission, the crew studied deep-sea biotic communities and distribution of species in the trench. They also brought back sea water samples.

Observations and sampling were carried out along the sedimentary area and rock-fracture zone of the trench.

Jiaolong has completed the highest number of dives in the trench by a manned submersible, and has reached a depth over 6,500 meters on 12 dives.

This mission is the third and final stage of China's 38th oceanic scientific expedition.

"It provides us with the first-hand data and samples for the country's research in deep-sea science," said Wu Changbin, commander of the expedition's third stage.