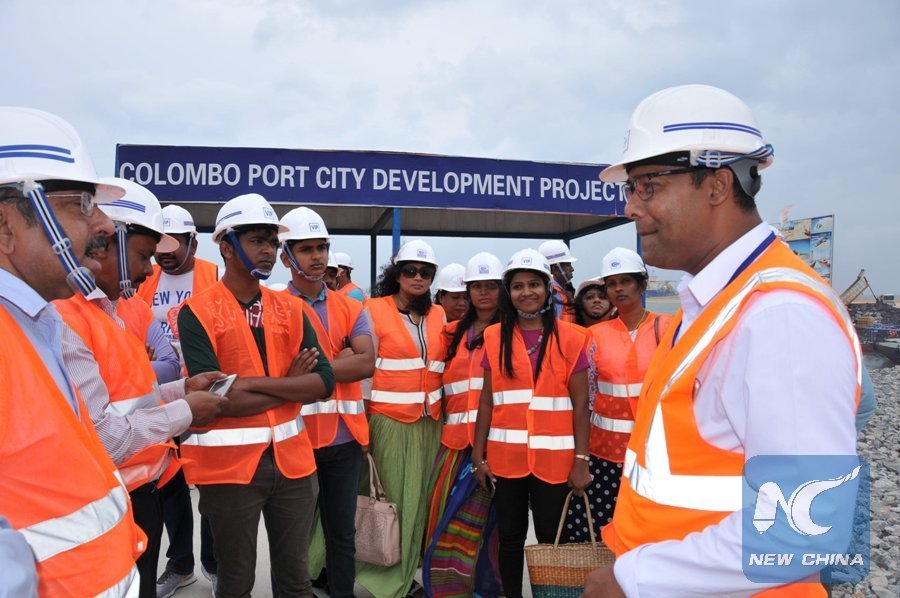 A seasoned lawyer in serving Belt and Road projects, Sean Prior, counsel at the law firm Mayer Brown JSM, is upbeat about the prospects of the initiative.

"For the last few years, I have done a lot of work with Chinese developers and financiers in Asia, including Bangladesh, Pakistan and the Philippines, and all my clients from those countries agree the Belt and Road is a huge opportunity," Prior said.

Prior cited surging investment from China to the Belt and Road region and increasing cooperative agreements signed between Chinese and local companies.

The initiative was proposed by China in 2013 to create a trade and infrastructure network connecting Asia with Europe and Africa along ancient trade routes. Investment and trade have been growing rapidly for the past years.

ASEAN countries, the Middle East and South Asia have attracted most of the investment, and the energy, transportation and information technology sectors appeared to be investors' favorites, according to a report co-authored by the Chinese Academy of Social Sciences (CASS) and China Bond Rating.0 Prior believes the initiative can generate benefits in a wide range of areas, with infrastructure improvements only the first stage of development.

"Better infrastructure will create conditions for the moving of industrial production capacity from China to areas with resources and demand, and then there will be more projects in retail, real estate and other market-oriented sectors in countries with large populations," Prior said.

The Belt and Road Initiative will have a broad influence in boosting local growth, according to Prior.

Echoing his words, Dai Guanchun, a partner at the Jingtian and Gongcheng law firm, also expects the initiative to generate great opportunities.

"It may be oil companies and project contractors at first, but investors in other sectors, from flour to finance, will be quickly attracted. The industrial chain will keep expanding," Dai said. "The local economy will boom and exchanges with the rest of the world will improve, which, in my perspective, is the true value of the Belt and Road Initiative."

It is not just Chinese firms, but also those from developed countries, that can seek their fortunes in the process, according to Dai.

China has invested more than 50 billion U.S. dollars in countries along the Belt and Road routes since 2013.

A total of 56 economic and trade cooperation zones have been built by Chinese businesses in 20 Belt and Road countries, generating nearly 1.1 billion U.S. dollars in tax revenue and 180,000 jobs for relevant countries.

However, experts also warned of risks due to an uncertain investment environment. Companies should be aware of the lack of legal protection for investors, uncertainties in local regulations, and protectionism in some countries, Dai said.