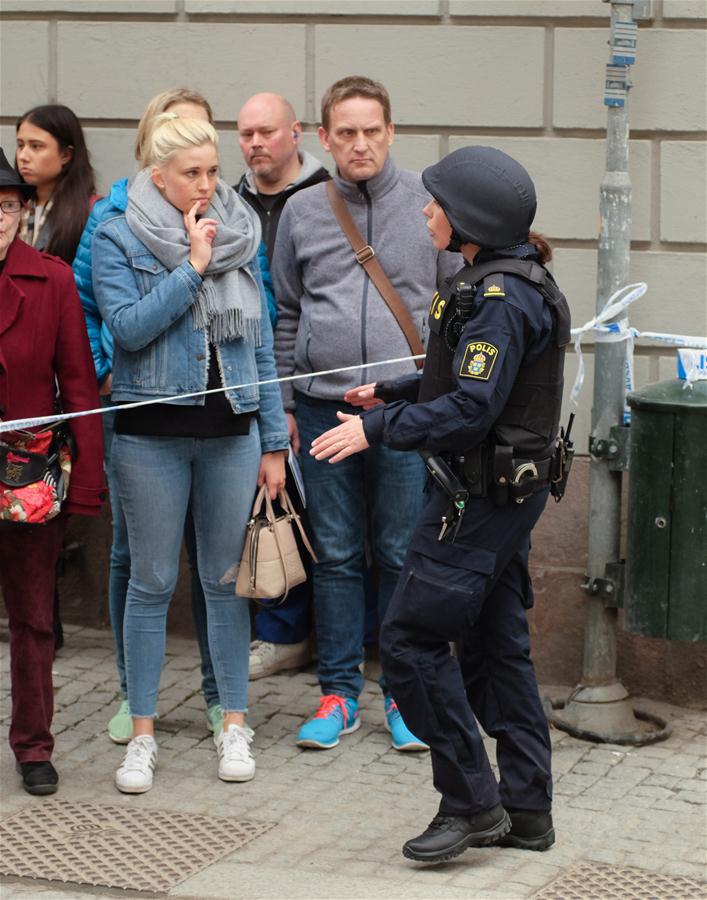 A Policewoman stands guard near the site of an attack in central Stockholm, capital of Sweden, on April 7, 2017. A truck rammed into people on a central Stockholm street before crashing into a department store on Friday. (Xinhua/Rob Schoenbaum)

STOCKHOLM, April 7 (Xinhua) -- One victim died in hospital, raising the death toll of the Stockholm attack on Friday to four, while the number of wounded reached 15, according to Swedish Television.

Swedish Television quoted hospital sources at Karolinska Institutet as saying that number of injured people from the attack earlier had raised to 15, and nine of them were seriously injured, two of which were children.

Stockholm police spokesman Lars Bystrom confirmed to Swedish Television that four people have died and 12 others injured. One person has been arrested for suspected involvement in the attack.

A truck rammed into people on a central Stockholm street before crashing into a department store on Friday, with police and witnesses saying earlier at least three people had died and eight others injured in the incident.