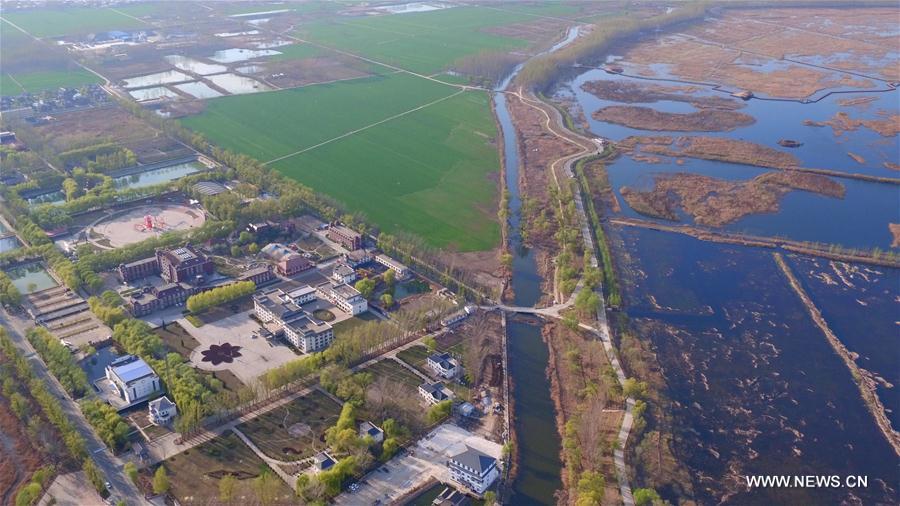 BEIJING, April 6 (Xinhua) -- International media reports and observers say the establishment of China's new economic zone not only provides a new blueprint for the coordinated development of Beijing-Tianjin-Hebei (BTH) region, but also indicates China's determination to deepen its opening up in an all-round way.

China announced Saturday it would establish the Xiongan New Area in north China's Hebei Province, which is located some 100 km southwest of downtown Beijing.

Well-known international media outlets have enthusiastically reported about the new economic zone, regarding it a major decision of the Chinese government to promote the coordinated development of the BTH region, and a signal of China's willingness to continue to embrace globalization and free trade.

The Associated Press said the economic area is part of a plan to integrate the capital with its surrounding areas, noting that prior to this, the Chinese government had already planned to jointly develop Beijing, the port city of Tianjin and Hebei Province to boost regional and economic development in the northern region.

The Strait Times of Singapore said the removal of non-capital functions from Beijing is part of a greater strategy to integrate the development of Beijing, Tianjin and Hebei for a better economic structure, a cleaner environment and improved public services.

Bloomberg cited Bill Bowler, a sales trader at Forsyth Barr Asia Ltd. in Hong Kong, as saying that this would be one of the centerpieces of a high-level development plan for the Beijing-Tianjin-Hebei region.

Moreover, overseas analysts believe that the establishment of the new economic area will broaden economic growth and improve the level of China's opening-up.

Martinez also noted that Xiongan New Area's policy on opening up will further promote foreign direct investment and improve the level of China's opening up, citing the the successful examples of Shenzhen Special Economic Zone and the Shanghai Pudong New Area.

Paola De Simone, an expert on international law and economic analyst from Argentina, said China's determination to build the area is an important component of the effort to promote economic globalization, and the setting up of Xiongan New Area will continue to boost the openness and inclusiveness of China's foreign communication and cooperation.

Simone added that Xiongan New Area, along with the seven new free trade zones, demonstrates China's open and friendly attitude toward the world.

She said China's step-by-step promotion of opening up is conducive to improving its production efficiency, driving its consumption, boosting foreign direct investment and enhancing innovative ability.