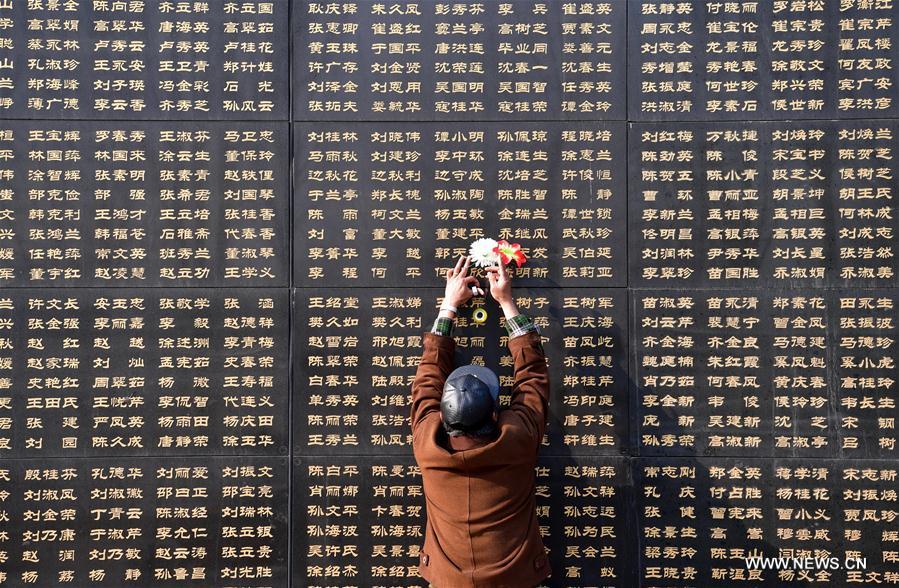 A citizen pastes paper flowers beside the name of the relative killed in the 1976 Tangshan earthquake in front of a memorial wall in Tangshan, north China's Hebei Province, April 3, 2017. Tomb-Sweeping Day, or Qingming, falls early April, when Chinese people commemorate their deceased loved ones by visiting tombs. (Xinhua/Mu Yu)

The number of people visiting burial sites across the nation increased by 8.8 percent year on year, according to the Ministry of Civil Affairs.

The cemeteries deployed service staff to help direct more than 2.27 million vehicles, up 31 percent from the year before, the ministry said.

Tomb-Sweeping Day, also known as Qingming Festival, is the most important occasion for Chinese to honor their ancestors.

In addition, modern and more eco-friendly ways of honoring the deceased have emerged in recent years, such as "Internet tomb-sweeping" and sea-burials.

The ministry said no severe accidents were reported during the holiday.